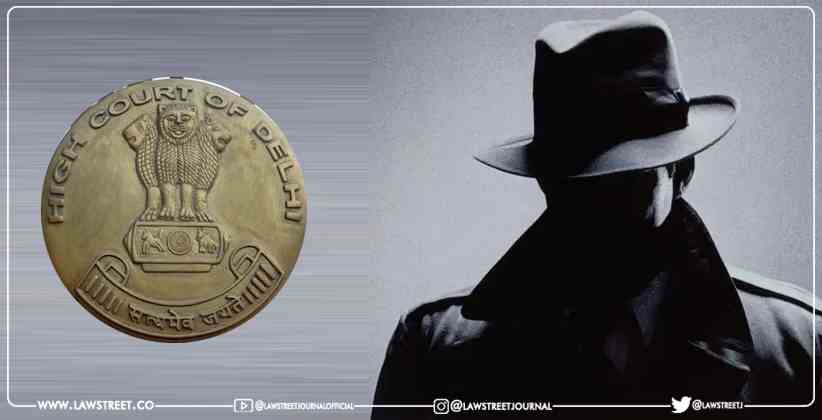 While refusing to issue guidelines in the subject matter, the Division Bench of Acting Chief Justice Vipin Sanghi and Justice Navin Chawla directed the Central Government to consider the plea as a representation and examine the aspect whether it is considered feasible to frame a law for regulation of activity of PRIVATE DETECTIVES.

Filed through Counsel Preeti Singh, the plea highlighted that the work of the private detectives, investigators, and their agencies remains outside the purview of any existing statutory framework.

It was argued that since there is no legal governance of the activities of private detectives and their agencies, several victims are being abused, cheated. The work of a private detective, when done without accountability, poses a threat to the citizen's fundamental rights as guaranteed under Article 21 of the Constitution of India.

The petitioner herself claimed to be a victim of unregularized activities of a private detective engaged by her husband, thereby violating her privacy and defaming her in public.

During the hearing, the government counsel appearing on advance notice informed the Court that the government had introduced a Private Detective Agencies (Regulation) Bill of 2007 in the Parliament. However, the same was withdrawn on March 23, 2020.

Thus the present Writ was disposed opining that it falls within the purview of the legislature, and not the Court.

Bharat Biotech and Serum Institute of India oppose revelation of Vaccine Trail Data. ‘It is where it should be’- Counsel for Bharat Biotech