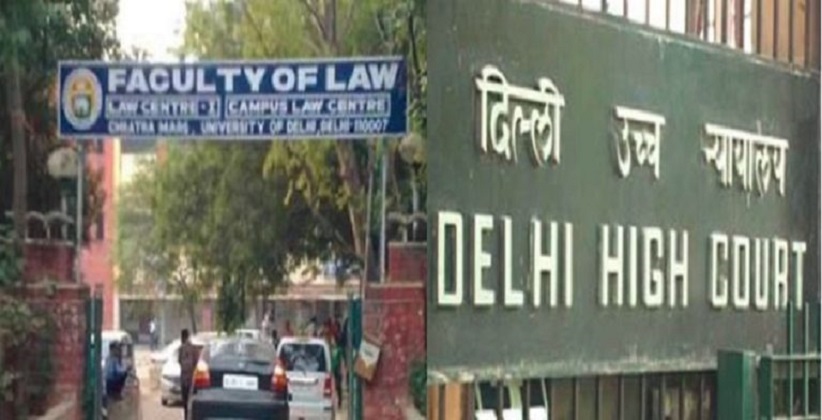 On Friday (July 6th, 2018) Delhi High Court has rescued law students of Delhi University (DU), who were detained for the shortage of attendance.

Law students of Delhi University approached the Delhi High Court through multiple writ petitions protesting a notification issued by the Faculty of Law, DU on May 7. The action from the varsity provoked the students to hold a protest on May 09, 2018 as one day before the faculty of law had released the detention list stopping 450+ students from writing their exam which was to start from May 14.

As per Rule 12 of the Rules of Legal Education of the Bar Council of India Rules (BCI Rules), it’s mandatory that all law students must have a minimum of 70% attendance to appear for exams.

On behalf of the law students, it was contended that the students were not to be blamed for their attendance shortage, given that DU had neither scheduled nor actually conducted the mandatory minimum number of classes as required by Rule 10 of the BCI Rules.

Delhi University contended that they have calculated the attendance with reference to the total number of lecture classes actually held. As per the BCI Rules under Clause 18 of Schedule III class hours conducted satisfied the statutory minimum criteria.

Justice Rekha Palli of Delhi High Court rejected the contention and favoured the law students after finding serious lapses on the part of DU in complying with the BCI Rules and said “When a recognized law college does not comply with Rule 10, it essentially deprives its students of a reasonable chance to attend the necessary number of classes to meet the mandatory attendance criteria prescribed under Rule 12, since it does not afford the students an adequate opportunity to make up the shortfall in their attendance due to classes missed on account of valid concerns, or leaves taken under the legitimate expectation of having an adequate opportunity to attend future classes to compensate for their absence.

I find that it is only possible for students to plan their leaves and academic schedules when they have prior information about the number of classes that are going to be conducted and their approximate respective durations. In the absence of such information, academic schedules are too indeterminate, as a result of which students are unfairly disadvantaged since they are inevitably unable to avail any leave, for medical reasons or otherwise, without uncertainty or undue anxiety of falling short of the mandatory attendance criteria.”