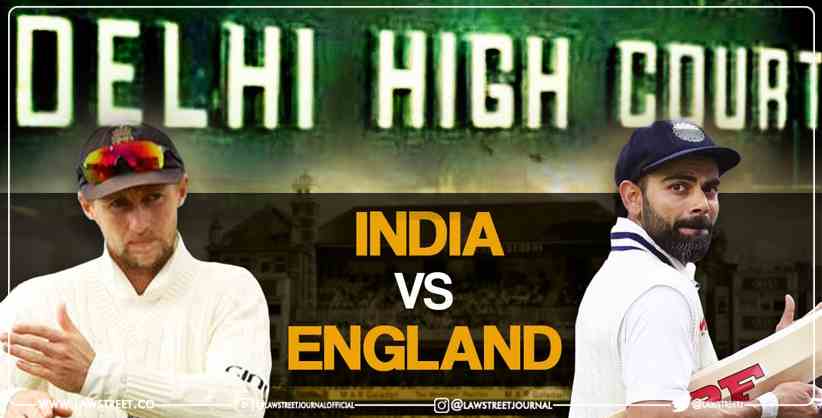 On Wednesday, the Delhi High Court issued an ex-parte ruling forbidding 39 "rogue websites" from illegitimately streaming the next cricket series between India and England. The court granted the request made by Sony Pictures, which claimed to be the owner of the streaming and broadcasting rights for matches in various South Asian nations.

Multiple Internet Service Providers (ISPs) were ordered by Justice Sanjeev Narula to restrict access to these websites, and he added that the orders would apply to any mirror, redirect, or alphanumeric websites that the ISPs had put in place.

The court's order stated that "Defendants No. 1 to 39 are prohibited from, in any form, hosting, streamlining, reproducing, distributing, making available to the public and/or communicating to the public or facilitating the same on their websites through the internet in any manner whatsoever, any cinematograph work, content, programme and show or event in which the Plaintiff has copyright,” read the court’s order.

Several Distribution Platform Operators (DPOs) were also prohibited by the High Court from hosting, broadcasting, distributing, or otherwise making the matches available to the public in violation of the law. DPOs are neighbourhood Direct-to-Home (DTH) providers of cable TV services. The decision was reached following a lawsuit brought by Sony Pictures, which currently owns the streaming rights to the matches and is known as Culver Max Entertainment Private Limited. According to the suit, India visited England in July to play three T-20 internationals, three one-day internationals, and one test match against England.

The England and Wales Cricket Board (ECB) has granted Sony an exclusive licence to broadcast the India-England series in the countries of India, Pakistan, Afghanistan, Sri Lanka, Nepal, Bangladesh, Bhutan, Myanmar, and the Maldives. Sony owns and runs the "Sony Ten Network" of channels. It was contended that Sony holds the exclusive rights to broadcast the series on television, digitally, radio, and in clips and audio for public viewings and highlights. According to Sony, it also has the sole right to publish live text summaries of games on its mobile platform and the ability to sublicense media rights. It further requested that a local commissioner be appointed to visit the offices of these DPOs if it is discovered that they are broadcasting matches illegally.

Additionally, the judge allowed Sony the freedom to gather more questionable websites if they are discovered streaming these matches after the ruling was issued. The Court stated that this was done so that it could "dynamically monitor such blatant criminality in these cases and, if necessary, make interim injunction to stop comparable rogue websites from illegally streaming the creative property in which the plaintiffs claim a copyright." The defendants were given 30 days by the court to submit their written statements. Within 15 days following that, the plaintiff will submit its replication. The roster bench will hear the matter up next on November 4. The plaintiff was represented by advocates Abhishek Malhotra, Atmaja Tripathy, Sapna Chaurasia, Pritha Mitra, and Karen A. Baretto.