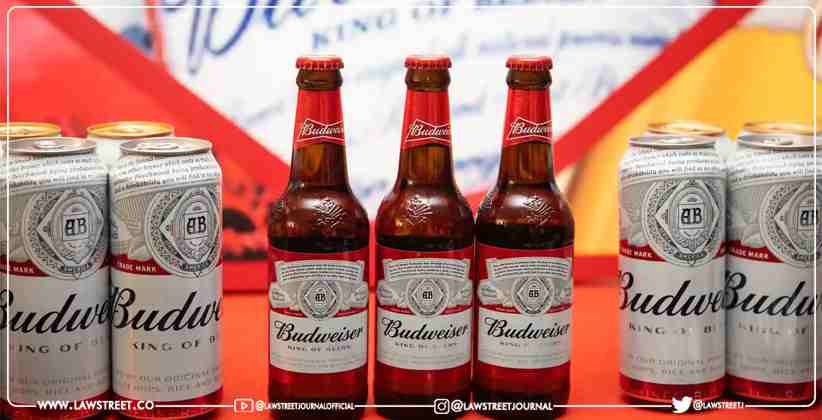 The owner of the trademarks 'BLACK FORT' and 'POWER COOL' has been barred from making or distributing beer under the name 'BUDWEISER' in recycled bottles or in any other manner, according to the Delhi High Court.

Justice Pratibha M Singh ruled in favour of Anheuser-Busch LLC, the owner of the trademark 'BUDWEISER,' believing that the Defendant Company's use of recycled 'BUDWEISER' beer bottles for products sold under the marks 'BLACK FORT' and 'POWER COOL' would clearly constitute 'use in the course of trade.'

It went on to say that the fact that the bottles were recycled made no difference when it came to the issue of infringement or passing off.

"Thus, the sale of any product with the recycled bottles of another manufacturer would result in infringement and passing off. Though the bottle itself may be a genuine bottle which may have been put by the plaintiff originally in the market, after the contents are consumed and the bottle reaches the recycling cycle, the Defendant's use of such bottles which have the plaintiff's trade mark embossed on them would cause confusion as to its source," the Court noted.

As a result, the Court ordered the Defendants to ensure that the recycled 'BUDWEISER' bottles are not used for their beer, which they manufacture and sell under the trademarks 'BLACK FORT' and 'POWER COOL,' or any other mark.

The Court further ordered that a higher level of supervision be exercised at the Defendant Company's production facility, as well as random checks and inspections, to guarantee that the bottles used in its manufacturing plant do not contain the mark 'BUDWEISER' in any way.

"With the acceptance of undertakings and the statements given by the Defendants, it is directed that the Defendants shall, henceforth, stand restrained from using, manufacturing or selling the mark 'BUDWEISER', even in recycled bottles, or in any manner whatsoever, in respect of beer manufactured an d sold by the Defendants," the Court ordered.

The Plaintiff has filed a lawsuit seeking a permanent injunction prohibiting the Defendants from using any glass bottles with the embossed word "Budweiser" on them.

The Defendants, on the other hand, were willing to issue an undertaking that the bottles of 'BUDWEISER' would not be used to manufacture and sell their own beer.

As a result of the Defendants' undertakings, the plaintiff agreed not to pursue the relief of damages, rendition of profits accounts, or delivering up.

“Accordingly, the suit is decreed in terms of paragraph 47 (i) to (iii) of the plaint. Decree sheet be drawn. The contents of the affidavit set out above, shall form part and parcel of the decree,”  the Court Ordered.

The Judge Who Heard Cases Till 3.30am : Justice SJ Kathawalla Of Bombay HC Retires