Home Judiciary Delhi HC: Time Bar Limitation Are Applicable On Applications Under Section 8 of the Arbitration and Conciliation Act, 1996
Judiciary 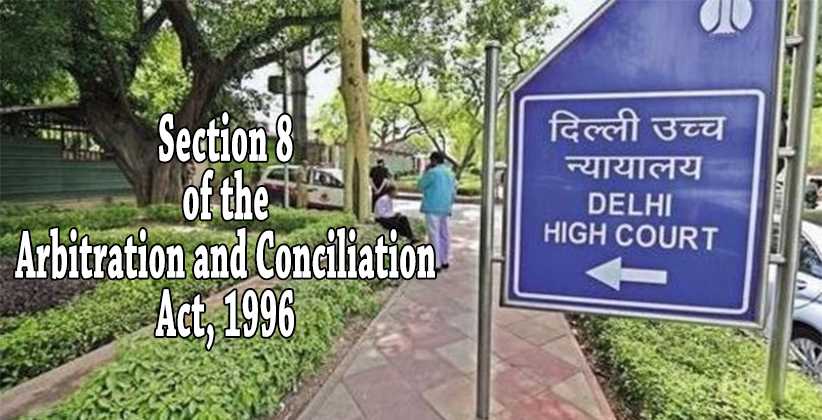 On February 19, 2020 Delhi High Court Single Judge bench of Justice Prathiba M Singh has ruled that the period of limitation provided for filing written statements in Code of Civil Procedure, 1908 (CPC) and Commercial Courts Act, 2015, would also apply to written statements filed under section 8 of the Arbitration and Conciliation Act, 1996.

The Petitioners argued that under Section 8 application, seeking the dispute between both the parties to be referred up arbitration, is maintainable as it was filed prior to filing of any other substantive defence by the Petitioners. While on the other hand, the Defendants argued that no arbitrable dispute exists between the parties as the period of limitation for filing of the Section 8 application has expired.

After Analysing arguments from both side, two questions were raised before the court were:

The court observed Amicus Curia Mr. Darpan Wadhwa submission that “there is a divergence of opinion on whether the time limit for filing the written statement would apply for filing of Section 8 application. It is further submitted that the Supreme Court in Booz Allen (supra) though held that there is no time limit, the application had to be filed `at the earliest’.”

Court before answering the two questions tried to find out why the difference in the language to the extent it is different, for the purpose of this case, is on the phrase “not later than when submitting” and “not later than the date of submitting”.

The court answered that question in affirmative by noting that:

It is further highlighted by the court that the mention of the word "date" in the amended provision means that it is a precise date and usually incapable of ambiguity. The same is a crystalized date and not a “period” prior to the filing of the first statement on the substance of the dispute. It says:

“The entire intention is that those parties who wish to proceed for arbitration ought to do so with alacrity and speed and not merely procrastinate.”

The court, therefore, dismissed Petitioner's application under section 8 of the Arbitration and Conciliation Act by saying:

"The Defendant cannot defeat the intention behind the amendments in the Civil Procedure Code and the Arbitration Act, by choosing to file a Section 8 application at its own sweet will".