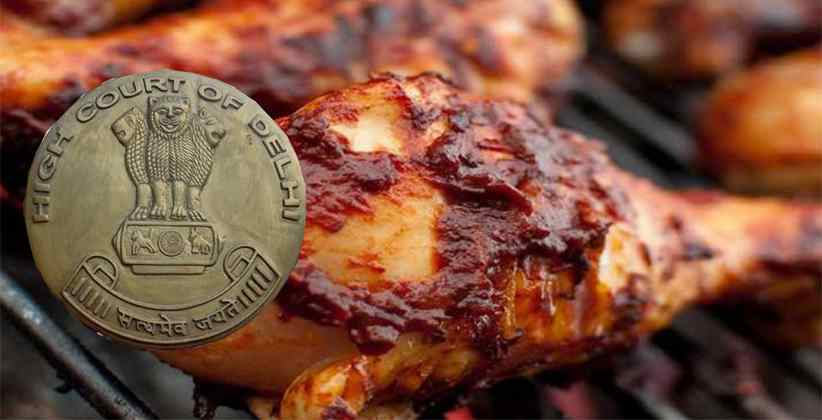 Thursday, April 30, 2020: Delhi High Court heard a plea seeking directions to the authorities for an uninterrupted supply of Meat as an essential item during the lockdown.

The PIL asked for directions to the Delhi Government and East Delhi Municipal Corporation (EDMC) to take necessary steps for the opening of a lone Ghazipur butchery in a time-bound manner. The plea was sought to facilitate the supply of meat in compliance with social distancing norms and the lockdown guidelines published by the center.

However, the PIL was subsequently withdrawn after it was allowed by the court. The bench of Justices Siddharth Mridul and Talwant Singh said- “The petition is dismissed as withdrawn and disposed of accordingly”.

The plea was filed through Advocate Arpit Bhargava along with petitioner Rishab Bhargava who stated that PIL raised a matter of public importance -  whether any state government and Municipal Corporation can be allowed to violate mandatory guidelines issued by Ministry of Home Affairs during the nationwide lockdown and violate the Fundamental Rights of Citizens due to non-availability of an essential item, meat during the lockdown.

The bench said in its order that it failed to make any observations on the merit of the issue, and it is therefore left open to be determined inappropriate further proceedings.

On March 25, 2020, Union Food Minister Ram Vilas Paswan said- “We are in constant touch with state governments to ensure that there is no shortage of any essential items. Traders and manufacturers should not indulge in hoarding and black-marketing during these testing times”.

As per an underlying government notification, meat and fish shops, animal fodder, grocery shops, vegetable shops, and dairies were declared to remain open during the lockdown.

The Ministry of Fisheries, Animal Husbandry, and Dairying also wrote to the chief secretaries of all states and Union territories to ensure the availability in the list of exempted items during the lockdown.

“As you may be aware due to ongoing control and containment of COVID 19 pandemics many States have gone for complete lockdown to stop spreading of the virus. It has been brought to the notice of the Department that the States are issuing the list of essential services that are exempted from the lockdown. In this regard, I would like to state that many States have not considered live chicks, egg, and meat in the list of commodities to be exempted from the lockdown,” Joint Secretary of states and UT’s - Dr. O.P Chaudhary, previously stated on the matter.