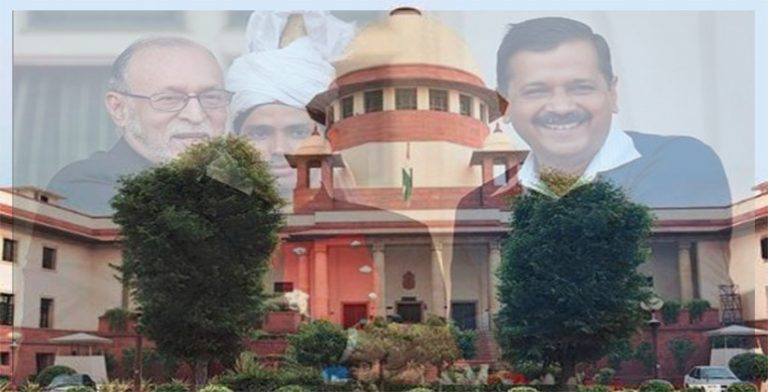 The Supreme Court today (February 14, 2019) pronounced a split verdict on appeals filed in tussle for power between the Delhi government and the Lieutenant Governor.

A two-judge Bench comprising of Justices A.K. Sikri and Ashok Bhushan was hearing appeals against the verdict passed by Constitution Bench of the Supreme Court on July 4, 2018, wherein it had held that Lieutenant Governor of NCT of Delhi is bound by the aid and advice of the Council of Ministers of the NCT government.

The appeals were pertaining to challenges against various notifications including on control of services and power of Anti-Corruption Bureau (ACB) in the ongoing tussle between the Delhi government and the Centre.

On the point of the ACB being directed by the Lieutenant Governor not to take cognizance of offences against Central government officers, the Bench held that the ACB is under Centre’s power and the NCT government has no police powers.

Further, it was held that the competent authority under the Commissions of Inquiry Act, 1952, is the Centre and the NCT government has no power to appoint Commission of Inquiry.

Issues pertaining to the Electricity Reforms Act, revision of minimum rates of agricultural land, and the power to appoint a special public prosecutor would all lie within the NCT government’s domain, the Bench held.

Due to the split verdict of the Bench on the aspect of service, the matter will now be referred to a larger Bench.

Most WANTED Interstate Criminal With One Lakh Bounty Arrested By Spl. Cell