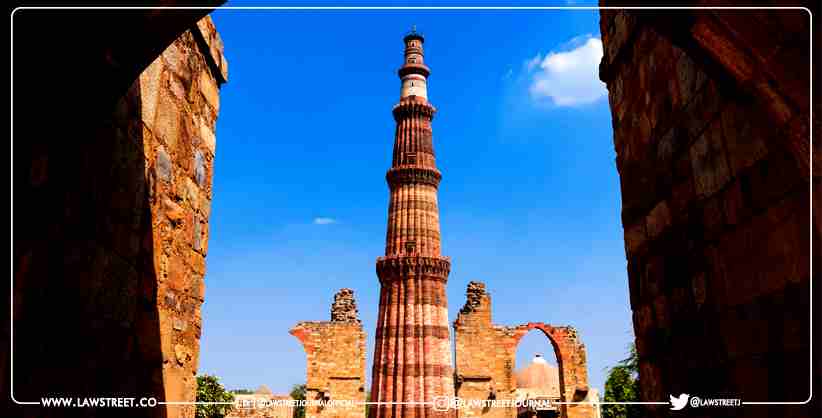 A Delhi court has postponed its pronouncement of decision on appeals seeking the Hindu and Jains' right to worship inside the Qutub Minar complex. After noting that a new application has been filed in the case, the court defers the matter to August 24.

The court had put off making a decision on a petition seeking the restoration of Hindu and Jain deities inside the premises until June 9, after the Archaeological Survey of India (ASI), which strongly opposed the petition, stated that the monument's current status could not be changed to allow worship there.

The submission was made by the ASI even as Additional District Judge Nikhil Chopra noted the key issue raised by the suit was the "right to worship," and questioned how one could claim a legal right to restoration for an event that occurred 800 years ago.

The order in the appeal contesting the rejection of a suit alleging that the Quwwat-Ul-Islam Masjid within the Qutub Minar complex in Mehrauli was built in place of a temple complex had been reserved by the Additional District Judge.

The appellant claimed that in 1198, during the reign of Mughal Emperor Qutub-Din-Aibak, roughly 27 Hindu and Jain temples were desecrated and ruined, promoting the construction of the stated mosque in their place.

An urgent listing of a petition challenging the ASI order to stop the offering of 'namaz' at a mosque near Qutub Minar was denied on June 6 by a vacation bench of the Delhi High Court.

The Delhi Waqf Board's request was denied by a vacation bench of Justices Manoj Kumar Ohri and Poonam A. Bamba, who said that there was no urgency in hearing the case.