Home Judiciary Delhi Violence: CJI Bashes Harsh Mander For His Remarks On The Supreme Court; Matter To Be Heard On March 6
Judiciary

Delhi Violence: CJI Bashes Harsh Mander For His Remarks On The Supreme Court; Matter To Be Heard On March 6 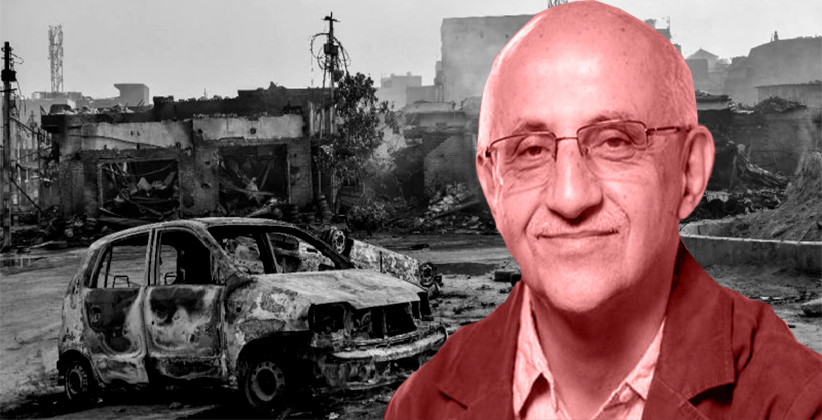 New Delhi: The Supreme Court on Wednesday (4th March, 2020) sought the response of activist Harsh Mander on the allegations of making hate speech during anti-Citizenship Amendment Act (CAA) protests. The Centre brought the alleged hate speeches made by Mander to the notice of a bench headed by Chief Justice S.A. Bobde. The bench, also comprising Justices B.R. Gavai and Surya Kant, asked Solicitor General Tushar Mehta to file a plea for the same and directed Mander’s counsel to respond to the allegations. Taking note of the submissions of the law officer, the bench said, “This is what you think of this court. Before we hear you (counsel for Mander), you see the allegations and respond to them.”

Harsh Mander is also a petitioner along with the victims of Delhi violence case. He had recently given a statement that “there is no trust in the Supreme Court, still we are going to court against BJP leaders”.

CJI Bobde has asked for transcript of Mander's speech. The court will now hear the matter on Friday (6th March, 2020). BJP's IT cell chief Amit Malviya had tweeted a video of Harsh Mander on Wednesday, in which Mander is heard saying that now the decision will be on the streets, not in Parliament or Supreme Court. Mander stated that the Supreme Court did not protect humanity and secularism in the case of Ayodhya and Kashmir, so people will now decide their future on the streets.