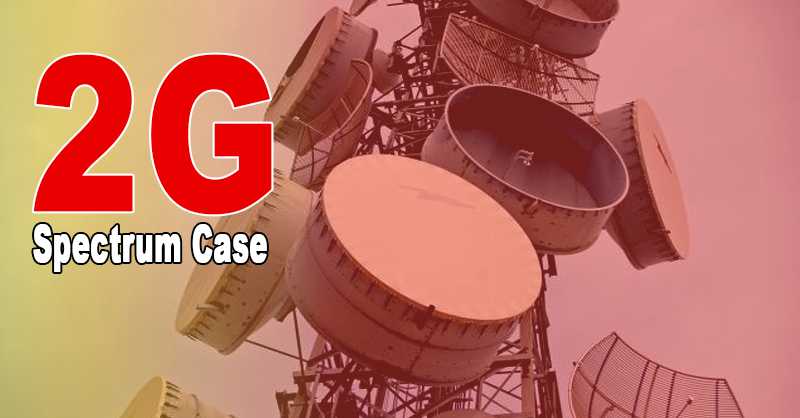 The Delhi HC issued a notice for early hearing in appeals filed against T Raja and others, in response to the application moved up by the Enforcement Directorate and Central Bureau of Investigation in the 2G spectrum case.

The court while issuing a notice for early hearings said: “We will just do our duty; the outcome is not in our hands”. Additional Solicitor General Sanjay Jain appeared from the side of Ed and said that he had already concluded his arguments for leave to appeal in CBI matter before the lockdown and even respondents started their submissions before the pandemic lockdown. He submitted that this is India’s biggest trial and the judge hearing this is retiring in November hence the matter should be hastened and asked the court list the hearing for about 3-4 times a week and 2-3 hours each day.

He further said that “One of biggest trials was conducted as per the directions of the Supreme Court on the large expense of public exchequer. Therefore, the public interest lies in seeing this matter reaching its logical conclusion. Any delay in this matter would further burden the public”.

The Single Judge bench of Justice Brijesh Sethi also directed the respondents to file a reply before the next date of hearing if they want to challenge the application asking for early hearing. In 2017 a special judge bench opined that the prosecution “miserably failed” to prove the charges beyond reasonable doubt against the accused and also the special CBI judge bench acquitted 17 including late DMK supremo M.Karunanidhi’s wife Dayulu Ammal, Vinod Goenka, Asif Balwa, film producer Karim Morani, P. Amirtham, Kanimozhi, A Raja and Sharad Kumaar, director of kalaignar TV, in the ED case. Hence, both ED and CBI approached the Delhi High Court in March 2018 challenging the acquittal of the accused.

The 2G Spectrum case is a combination of two cases one filed by the ED whereas others by the CBI. A report by CAG showed that the second-generation license of the mobile network was given at throwaway prices. The then Telecom Minister A Raja denied all the charges but was arrested in 2011 for cheating, forgery, and conspiracy. The main allegation on him as he took bribe for granting the license. The CAG said that all the demand drafts were backdated which shows that the telecom operators had the prior knowledge that licenses were being issued. The CBI charge sheet said that Swan Telecom was a front of Reliance Telecom and hence the company violated the law by acquiring 10% more than allowed by the law.

In February 2012 Supreme Court canceled 122 licenses stating that all natural resources should be allocated through a fair bidding process. The court further said that “A Raja wanted to favor some companies at the cost of public exchequer and virtually gifted away important national assets”.

This became the main reason for the downfall of Prime Minister Manmohan Singh led government and also it became an important cause of UPA’s defeat 2014 Lok Sabha elections.