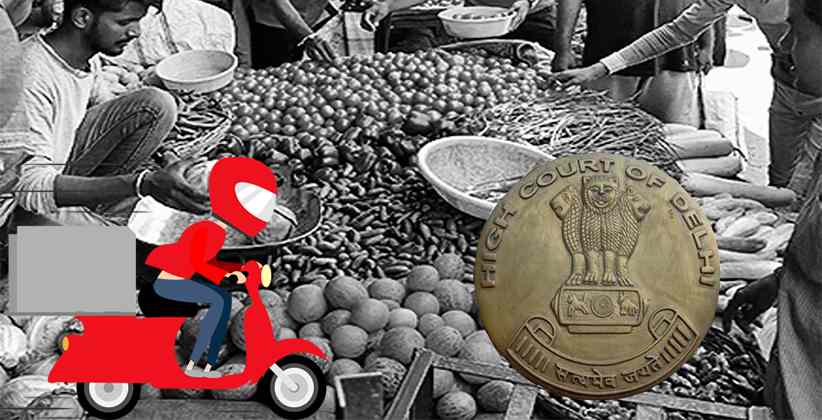 The Delhi High Court on Friday (8th May 2020) issued a notice to the center and others seeking measures to stop the Haryana Government from restricting movement on essential services, in response to a petition filed in the matter.

A division bench of Justice Manmohan and Justice Sanjeev Narula heard the matter through videoconferencing and directed that the center and Haryana Government file a reply to the accusations, while further adjourning the matter for hearing on 12th May 2020.

The order stated, "Prima facie, this Court is of the view that the order dated 30th April 2020 of District Magistrate, Sonipat, prevents and obstructs the movement of trucks from Delhi to Sonipat as well as the movement of Doctors, Nurses, Court officials, etc. to and from Delhi to Sonipat. Accordingly, this Court is of the prima facie view that the order dated 30th April 2020 by the District Magistrate, Sonipat, constitutes an infringement of Articles 19(1)(d) and 301 of the Constitution of India especially when the entire National Capital and Sonipat are not containment zones,"

The matter came up for hearing after a petition was filed by OP Gupta who sought direction against direct Haryana Government to allow movement of all essential services like trucks carrying green and fresh vegetables, milk, food grains, medicines, and lifesaving drugs coming from Himachal Pradesh, Punjab and even permits entry of persons who are working in Jal Board, Delhi Police, etc. and are carrying passes deemed permissible under the orders passed by using Union Government (dated 15th April 2020) with regard to the borders of Singhu, Tikri, Gurugram.

The petitioner further requested the court to issue directions to the center for the installation of para-central forces on the said borders to ensure that no movement was illegally restricted, if the Haryana Government and responsible authorities fail to obey the Central Government’s order dated 15th April 2020.