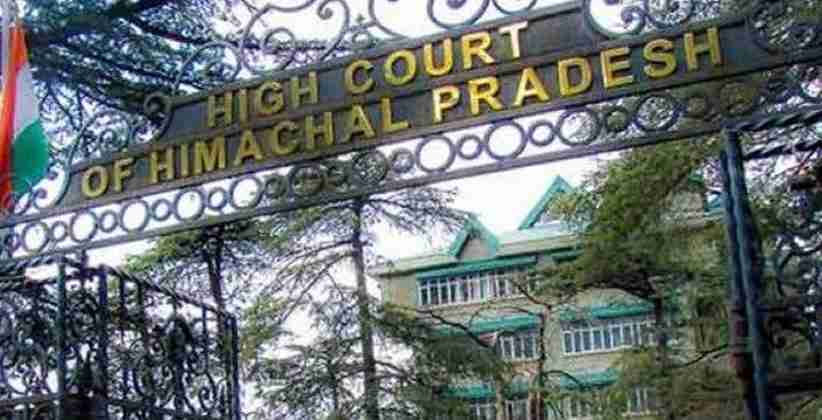 On Wednesday (October 7, 2020), the Himachal Pradesh HC observed that access to roads, with regard to the residents of hilly areas, is an integral component of the constitutionally guaranteed right to life, and any denial thereof, to the residents of hilly areas, would equal to the constitutionally guaranteed fundamental right to life, hence, becoming violated and infringed.

The Bench of Justices Chander Bhushan Barowalia and Sureshwar Thakur was hearing the plea of petitioners, seeking a writ upon the respondents, to operationalize the Dharampur-Rajpura road and declare it fit for use of vehicles. Hence, allowing the residents of the area concerned to ensure the use of HRTC buses for them, assisting the facility of making road communication.

In the case of State of Himachal Pradesh and Anr vs Umed Ram Sharma and Ors AIR 1986 SC 847, the HC cited the ruling of the Apex Court. The Court had observed that access to roads is the access to live for residents of hilly areas.

The Court further observed that the respondent is a welfare state. So it is the duty-bound under the Law to provide access to road facilities to the petitioners and other residents, upon the completion of the public road. They would enjoy the facility of using their vehicles and HRTC buses.

With the said observation, the writ petition was allowed and the respondents were directed to provide the road facility to the petitioners and other residents.

The Bench of Acting Chief Justice R. C Khulbe and Justice Ravi Malimath were hearing public interest legal action seeking an order to direct the respondents to implement various health schemes, as offered by the Centre and the state, and other resulting reliefs.

On considering the dispute, the Court was of the view that in the larger public interest, the State of Uttarakhand requires to be considered about the medical facilities.