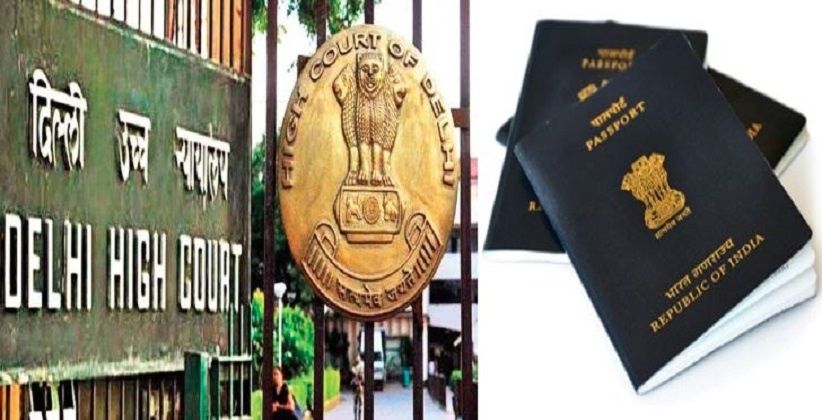 The Delhi High Court on September 11, 2018, has held that denial of a passport or its non-renewal impinges on the fundamental rights guaranteed under the Constitution of India.

The judgment was pronounced by Justice Vibhu Bakru, on a writ petition filed by an Indian Citizen who is working as a truck driver in Canada on a legal work permit. The Petitioner had sought for a direction to the Central Government to issue a fresh passport after renewal.

After being nominated by the British Columbia Provincial Nominee Program, Ministry of Jobs, Tourism and Skills Training, Canada for permanent resident status the petitioner on October 28, 2016, applied for renewal of his passport at the Indian Consulate at Vancouver.

The passport was, however, not renewed even after almost two years despite the petitioner’s compliance with all the formalities.

The Central Government, the respondent in the case stated that while processing the Petitioner’s application for renewal of the passport, it was found that another passport had been issued by the Consulate General of India (CGI), Atlanta in the name of Sh. Jagdip Singh Dhillon, who is the brother-in-law of the petitioner.

It was revealed in further inquiry that petitioner’s brother-in-law manipulated the passport service sub system of the CGI at Atlanta and had dishonestly obtained a passport by impersonating the petitioner. The Central Government alleged that this was in collusion with the petitioner.

AdvocateAnjana Gosain, the learned counsel appearing for the respondent submitted that the petitioner’s request for passport could be refused in terms of Clause (i) of Section 6(2) of the Passports Act, 1967; that is, where the Central Government is of the opinion that issuance of a passport will not be in public interest.

However, since the matter was still being investigated, the Central Government was “awaiting the outcome” of an investigation to issue a fresh passport.

The Court observed that although the Central Government has not refused renewal of passport as yet, the fact that it has not been renewed in almost two years despite the Petitioner’s compliance with all the formalities, left“no room for doubt that the petitioner has been denied passport facilities. The fundamental rights of a citizen cannot be held hostage to an inordinately long inquiry being conducted by the respondent or its agencies.”

The Court held that denial of a passport ‒ which is the effect of non-renewal for such an extended period – clearly impinges on the fundamental rights of the Petitioner.

India Should Legalize Marijuana, It Can Be A Huge Revenue Source Says Uday Chopra