Home Judiciary Deprivation of Land Traumatic for Farmer, More So When Lawful Compensation, Rehabilitation, Resettlement Not Given at The Earliest: Telangana HC [READ ORDER]
Judiciary 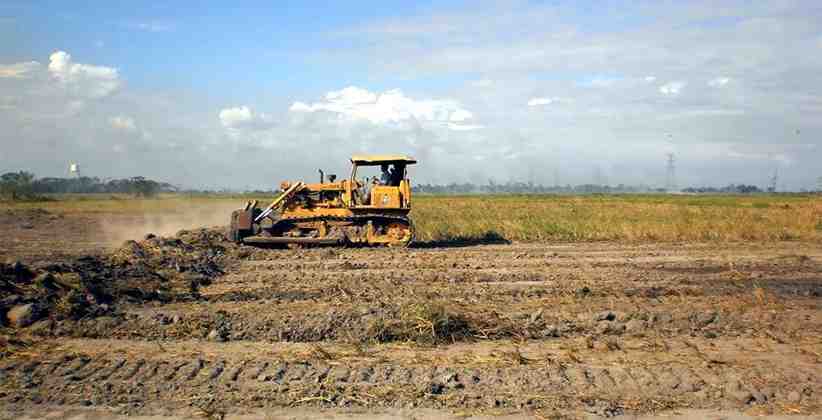 A Bench of Justices M. S. Ramachandra Rao and K. Lakshman of the Telangana High Court has on June 03, 2020, in the matter of Merugu Narsaiah @ Narsimha Reddy and Ors. v. The state of Telangana, while asking respondent State to compensate petitioner farmers adequately observed that, “for an Indian farmer like the petitioners, deprivation of agricultural land is traumatic, more so, when compensation as per the Law of the land is not paid at the earliest and proper Resettlement and Rehabilitation, as per law, is not done.”

The petitioners were small farmers owning small extents of the land who were eking out their livelihood doing agriculture. The State of Telangana had initiated the Kaleswaram Irrigation Project under which it proposed to construct many reservoirs downstream including the Ananthagiri Sagar Reservoir. The petitioners’ lands were required by the State/respondents for the purpose of the Anatagirisagar reservoir, which was also a component of the Kaleaswaram irrigation project. As part of the above scheme, a large extent of land including the lands belonging to the petitioners was also to be acquired for this reservoir.

The Counsel for the petitioners had contended that petitioners were forcibly evicted from their lands and houses in the middle of the night April 20 and 24, 2020, and Ananthagirisagar reservoir was inaugurated and the Godavari water was released from it to Ranaganayaka Sagar reservoir which submerged their lands.

All writ petitioners had asserted that the respondents had resorted to coercive tactics and forced them to sign ‘consent awards’ offering arbitrary price for their lands which had no bearing to the registration or the market value of the lands in the said villages in March 2016 and that they did not give the willingness to sell their land voluntarily as per the procedure prescribed in the government order. They also contended that for similar lands abutting their lands, the State Government had paid compensation of Rs.13,00,000/- per acre in May 2017 but the petitioners were discriminated against and paid a lump sum amount of only about Rs.6,50,000/- per acre.

Respondent State had contended that the consideration for the sale of land was agreed to by the individual landowners and the Procuring Agency before the Committee and the rate was more beneficial than the land compensation allowed under Act of 2013.

In this regard, the Court observed that,

“Such record is critical to ascertain whether petitioners agreed to part with their lands voluntarily and whether the price was arrived at objectively keeping in view the market value/ registration value of neighboring lands, and as to what the petitioners were made to agree was more beneficial than what they would have got for the land under Act of 2013.”

Regarding the contention of the petitioners that they were forced to sell land, the Court, relied on Central Inland Water Transport Corpn. Ltd. v. Brojo Nath Ganguly, [(1986) 3 SCC 156] where the Supreme Court had given the principle that Courts should follow to deal with the unconscionable contracts between parties with unequal bargaining power.

The Supreme Court had held that,

“Article 14 of the Constitution guarantees to all person equality before the law and the equal protection of laws. … This principle is that the courts will not enforce and will, when called upon to do so, strike down an unfair and unreasonable contract, or an unfair and unreasonable clause in a contract, entered into between parties who are not equal in bargaining power.”

The Court found the absence of any evidence of (a) objective determination of the quantum of consideration and (b) transparency in the actions of respondents and observed that the exercise of public power by the respondents was in violation of the public trust doctrine and unconscionable.

The Court found the action of the respondents violative of Art.14 and 300-A of the Constitution of India and invoking S. 19 and S. 23 of the Contract Act, 1872, declared that the agreements/consent awards entered into by the petitioners with the State was vitiated by coercion, thus unconscionable and consequently unenforceable. The petitioners would be entitled to compensation as if their lands had been acquired under Act of 2013, the Court observed.

The Court directed the respondents to re-determine the compensation payable to the petitioners strictly in accordance with Act 30 of 2013 for depriving the petitioners of their lands taking the date of their dispossession as the relevant date for the purposes of computing the same.

The Court also directed the State to complete this exercise within 3 months and pay costs of Rs.2,000/- to each of the petitioners.