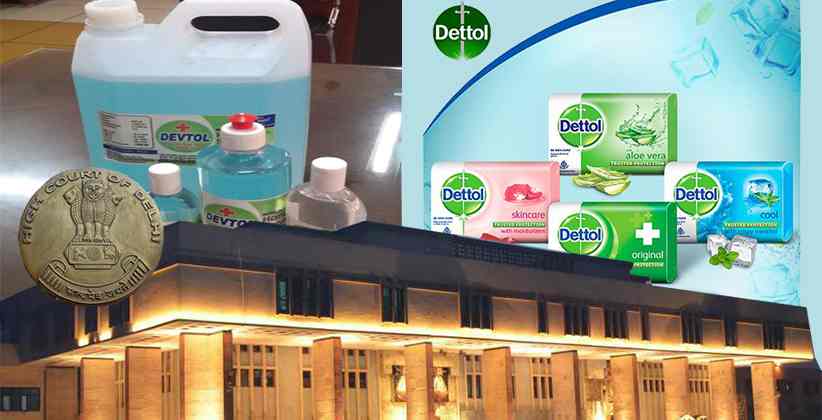 In a trademark infringement suit filed by Dettol manufacturer company, a Single Judge Bench of Justice Rajiv Shakdhar of the Delhi High Court has imposed costs of Rs One lakh on the manufacturer of 'Devtol' hand sanitizers in the matter of Reckitt Benckiser (India) Pvt. Ltd. v. Mohit Petrochemicals Pvt. Ltd. & Anr.on May 28, 2020.

The plaintiff of the case is a manufacturer of a well-known antiseptic which is sold under the registered trademark and logo “Dettol”. The plaintiff had approached the Court seeking various reliefs against the infringing mark and logo i.e. “Devtol”. 'Devtol' had claimed that it gave protection from COVID-19.

The Plaintiff had sought various reliefs against the infringing mark and logo i.e. 'Devtol', including a direction to permanently restrain the Defendant from infringing its trademark.

Recognizing that the Dettol was a well-known mark, the Court proceeded to pass a decree of permanent injunction against the Defendant with respect to the mark 'Devtol' and ordered them to recall their existing stock from the market.

The Court also directed the defendants to deposit a sum of Rs. 1,00,000/- to the Juvenile Justice Fund maintained in the name of the Registrar General, High Court of Delhi, New Delhi within one week from today.