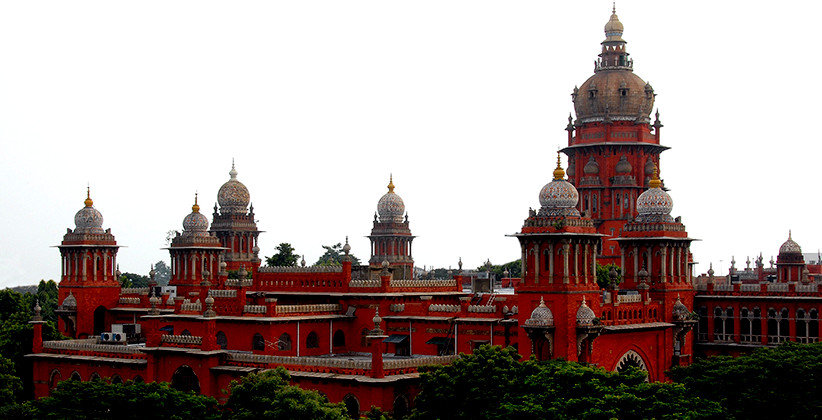 The Madras High Court on June 21, 2019, in the case of Mrs. M. Mallika v. Mr. Kasi Pillai has held that if the amount on a negotiable instrument is filled in different ink, it would constitute material alteration, thereby rendering it void.

In this case, Kasi Pillai (defendant), had executed a promissory note in 2007 undertaking to repay Rs 35,000, plus interest, to M. Mallika (plaintiff). In 2010, the plaintiff claimed to have issued a notice for repayment.

She went on to institute a suit on the strength of the promissory note, which was decreed in her favour. However, on appeal, a sub-court set aside the lower court verdict in Pillai's favour. This led the plaintiff to file a second appeal before the High Court. Pillai defended by contending that the promissory note was fraudulent.

JusticeC.V. Karthikeyan, on perusal of the material before it observed that, "A perusal of Ex.A-1 promissory note reveals that it was a printed note and the names of the defendant Kasi Pillai, his father's name Padavetta Pillai and his residence Vengupattu Villages and the amount of Rs.5,000 and the rate of interest at Rs.2/- have been written in Green ink. However, before the digit 5 in the amount column, there is an addition of the digit 3 in blue ink. This has been construed by the learned First Appellate Court as amaterial alteration going the root of the case.The other writings, namely, the date 22.11.2007 and the names of the witness, P.T.Mani and Paraveendar in Tamil have also been written in blue ink....

... The material alteration is visible to the naked eye and the very fact that the amount which is the basis for the claim had been written in two different inks, raises a strong suspicion regarding the circumstances surrounding the execution of the promissory note. It also gives rise to a doubt whether the digit 3 had been subsequently appended after the defendant had signed the promissory note. This would render the document void as against the plaintiff/appellant herein."

Thus the court confirmed the decision of the first appellate court that discrepancy noted amounted to material alteration of the promissory note, thereby rendering it void under Section 87 of the Negotiable Instrument Act, 1881.