Difficult to issue Pan India orders for security to doctors, SC to DMA 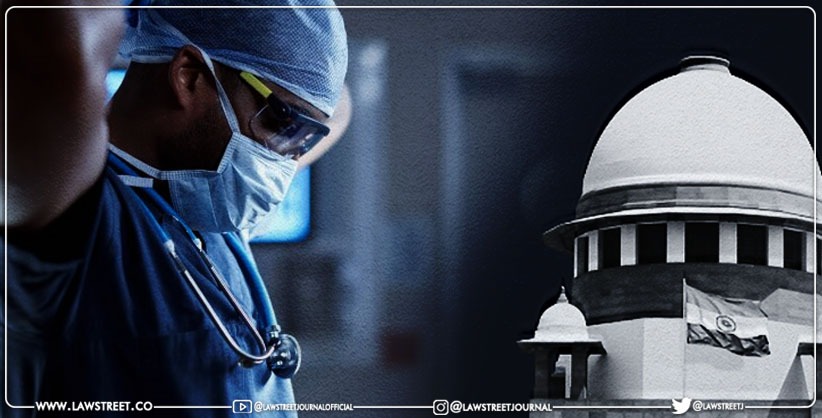 NEW DELHI: The Supreme Court on Monday said it is difficult for the judiciary to issue a pan India directions to provide security to doctors working in private and public sector hospitals and establishments.

"How is the government to provide security in private centres (hospitals), they must make their own security. It is not threat perception from some terrorist organisation. Should judiciary get into all this," a bench of Justices Sanjay Kishan Kaul and Abhay S Oka asked senior advocate Vijay Hansaria, appearing for the Delhi Medical Association.

Dealing with a plea to security to the doctors, who faced assault by patients relatives, the bench asked "unfortunately these things do occur, but is it really for us to lay down norms."

"Whenever incidents happen, it is due to some sort of lack of security," the bench added.

Hansaria contended there were statutes by States but those don't take preventive measures.

The court, however, asked him where is the data to suggest lack of security.

The counsel said the plea had cited a number of incidents.

The bench said but those are illustrations only.

On a request by the counsel, the court deferred the hearing while allowing the petitioners to show representations made to the government on behalf of the petitioners seeking protection for healthcare professionals.

The Delhi Medical Association has approached the court for directions to the Centre and other authorities to prevent frequent attack on medical fraternity and their establishment by taking adequate security measures and declaring hospitals and nursing homes as protected zones.

In the PIL, the DMA and its Assam President Dr Satyajit Borah, sought framing of guidelines to have a requisite preventive and security system in place to have a safe working environment for the healthcare professionals and other staff to prevent any assault, violence or mob lynching against them by patients relatives or friends.

Out of 28 States and eight Union territories, only 23 States and two Union Territories have their own legislations for the medical healthcare professionals and personnel against any violence with a maximum period of three years imprisonment. The law in Arunachal Pradesh, however, prescribed maximum imprisonment upto 10 years and with a fine which may extend to five lakhs for such violence, it said.

Medical journal, 'the Lancet’, in a studyz claimed nearly 75% doctors in India have faced either verbal or physical violence during their lifetime.

SC issues notice to Centre against use of religious name, symbols by Political Parties