Home Judiciary 'Dignity Will Not Be Lost': Kerala High Court Says COVID Norms Should not be Diluted for Government's Swearing-in [READ JUDGMENT]
Judiciary

'Dignity Will Not Be Lost': Kerala High Court Says COVID Norms Should not be Diluted for Government's Swearing-in [READ JUDGMENT] 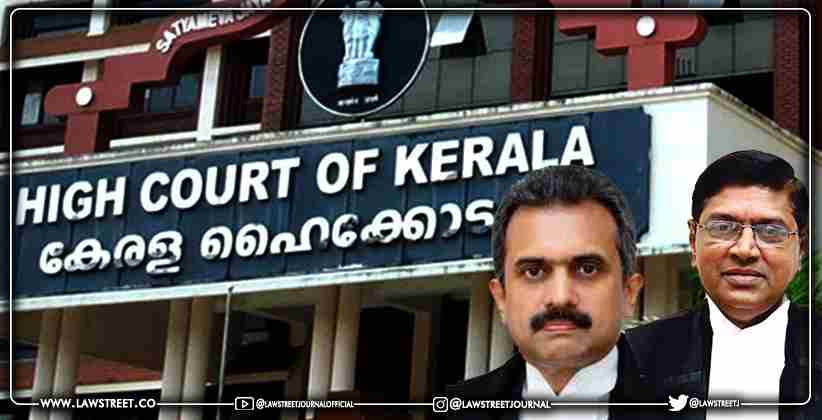 The Kerala High Court while disposing the petition of Kerala Government’s decision of conducting the swearing-in ceremony of the newly elected LDF government with 500 people at Chandrasekharan Nair Stadium in Thiruvananthapuram on 20th May, 2021 made key points regarding the attendance of gathering just for Constitutional function.

Chief Justice S. Manikumar and Justice Shaji P. Chaly while disposing off the petition and constraining on the swearing in ceremony stated that, “considering the present situation of Pandemic it is not permitted to conduct any Government function by any authority with such large gathering of 500 people and even the Swearing-in Ceremonies with a lot of people will not be permitted.”

The Court while venturing for the people said, people who are being administered by the oath of office can be present and other people will not be allowed to participate in the Ceremony and further is of the view that, “the dignity of the swearing-in person would be preserved even the people are witnessing the ceremony form their homes, and not attending the function physically, and such ceremonies can be conducted in a small group and within a dignified manner without the people who are not parcel to the ceremony.”

Learned State Attorney Mr. K.V. Sohan, described the ceremony as a constitutional function and should be conducted in a dignified manner, it was also observed that except His Excellency, the officials attached to his office, Hon'ble Ministers, who are to be administered the Oath of office, and the required Government office[ials to assist the performance of the programme, His Excellency the Governor, no other person should to be allowed to participate in the swearing-in ceremony.

The court was informed by the State Attorney that the government had taken the precautions for spreading of the virus and they proceeded with drawing parallels between 500 people attending the wedding ceremony and swearing-in ceremony during the hike of covid cases.

The bench while mentioning that a government function not to be converted into public or political function stated that, if this contention is accepted, then marriage can be performed within the participation of 500 people with RT- PCR tests which should be conducted 48 hours prior to the Solemnisation of marriage in any big hall or open place, and have the capacity of more than 500 people. They also talked about the final rites in the case of death. The bench is of the view that there is no difference whether it’s a government function or a family function or any ceremony, or death ceremonies or cremation, it cannot be countenanced in entirely.

The court further stated that, by going the restrictions imposed in the government order dated 06.05.2021 and 14.05.2021, it was described as a constitutional function according to learned State attorney, such huge gatherings cannot be permitted.

The court also brought the attention towards the Covid cases of Kerala and why in the first place lock down or triple lock down were declared. As the government knew why the lock downs took place, with all the restrictions, these restrictions cannot be diluted solely for the swearing-in ceremony.

The hike of COVID-19 pandemic has reflected in the statistics of the government of Kerala. And these were the only reasons for imposing lock down on the public, which cannot be altered by the government.

The bench mentioned that government didn’t take opinions of any expert before conducting the ceremony, the decision was taken even though the state attorney had made assertions. Situation is not permitting any authority to conduct a government function, swearing ceremony with such large gatherings as the COVID-19 pandemic situation is worsening all over country.

In the judgement, the court also pointed out the hike in Kerala ‘s Covid cases and no changes between May 6 and May 17, and high number of deaths occurring. Further stated that even though the state attorney had sent all the invites and those people would be subjected to RTPCR test, still cannot be accepted as the increase in the number of death and the chairperson, state executive committee, state disaster management authority has come to the conclusion that the swearing in ceremony can be performed within the restrictions and lesser gathering as per the order dated 17.05.2021. The court in end of the judgement said that the court makes references to the government of Kerala for the management of COVID-19 and also urges to impose restriction to the maximum level avoiding the spread of virus.

MLAs' Spouses, Relatives 'Not Indispensable' for Swearing-In, Presence not a Necessity Though it is a Proud Moment: Kerala High Court [READ JUDGMENT]