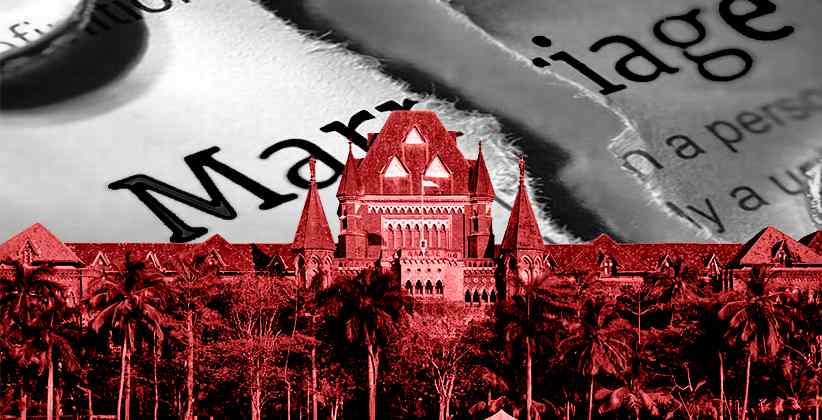 The Bombay High Court on Thursday, 14th May 2020 granted divorce to a Navi Mumbai resident aged 47 years. It was filed on the grounds of wife writing a letter to the husband’s employer mentioning allegations of his adultery.

The division bench of Bombay High Court consisting of Justice V M Deshpande and Justice S M Modak said that this act of the wife writing the letter to her husband’s employer is an act which is actionable cruelty within the purview of Section 13(1)(i-a) of the Hindu Marriage Act, 1955 and thus granted him divorce.

The couple got married in May 1993 and had two sons. After happily spending 12 years together, the relationship between the couple started to get sour and in May 2006, the woman along with the children left her matrimonial house. The woman went to her matrimonial house again in June 2008. She broke open the lock and wrote a letter to the husband’s employer stating that he has an extramarital affair.

After a few days, the husband filed for divorce in the family court of Kanpur where his marriage was solemnized. The husband sought divorce on the grounds of mental cruelty and desertion. He moved to Bombay High Court to appeal as his divorce petition was rejected by the family court in March 2012. Bombay High Court accepted his petition and observed that the woman’s conduct of making unsubstantiated allegations against her husband amounted to mental cruelty towards the husband and under provisions of Hindu Marriage Act, 1955, he was granted divorce.

The division bench of Bombay High Court observed the matter and said that trust and confidence are foundational pillars of marriage and if one spouse is unsure of either one the pillars and establishes an extramarital affair, it is considered as an act of damaging the foundation and thus risking the marriage. As stated by the bench, “And, if one of the spouses makes such allegations and he/she fails to prove it, it is considered as an act causing mental pain to the other spouse and an instance of cruelty.”

The Hindu Marriage Act, 1955 provides guidance for Hindus to be in a systematic marriage bond. It gives meaning to marriage, cohabiting rights for both the husband and wife and safety for their family and children so that they do not suffer from parental issues.

Section 13(1)(i-a) of the Hindu Marriage Act, 1955 states: “Either party to a marriage, whether solemnized before or after the commencement of this Act, may also present a petition for the dissolution of the marriage by a decree of divorce on the grounds:

(i) That there has been no resumption of cohabitation as between the parties to the marriage for a period of [one year] or upwards after the passing of a decree for judicial separation in a proceeding to which they were parties; or