Home Judiciary Doctors not to be blamed for unavailability of essential drugs: Bombay HC
Judiciary

Doctors not to be blamed for unavailability of essential drugs: Bombay HC 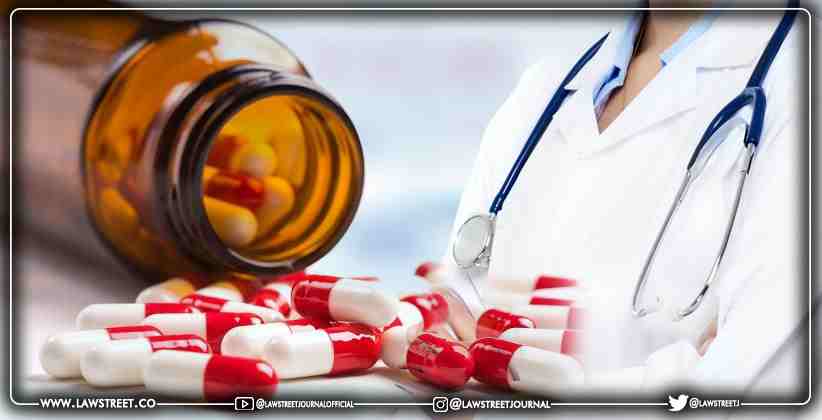 The Bombay High Court on Thursday (June 10, 2021) stated that doctors cannot be held responsible for their inability to administer COVID-19 drugs due to their inadequate supply.

The court’s statement came in response to a submission stating that several doctors working in COVID-19 wards across the state had been increasingly receiving notices from the police following complaints by relatives of patients who were either unhappy with the treatment received, or in cases, where the patient had succumbed to coronavirus.

“The doctors are attending work 24/7 wearing PPE kits. Thereafter, are they to face Investigating Officers over one or two cases where the patient’s party is aggrieved and complaints of medical negligence? There has to be a balance”, the court stated.

Doctors and healthcare workers across the country have been on their toes dealing with the daily influx of COVID-19 patients for more than a year now. They have been working tirelessly and doing long shifts ranging from 6-12 hours and sometimes extending up to 48 hours, all while battling fear, uncertainty, and anxiety. Amidst the COVID-19 pandemic, violence against doctors has become an emerging epidemic. Dissatisfied patients and their agitated friends and relatives being the usual perpetrators of violence against doctors.

The High Court division bench of Chief Justice Dipankar Datta and Justice G S Kulkarni said that the court would not get in the way of genuine cases, but they need to protect doctors from being prosecuted at this stage.

Referring to the protocol issued by the State Government dealing with drugs and line of treatment that should be administered to COVID patients, Advocate Rajesh Inamdar appearing on behalf of one of the petitioner submitted that relatives of patients who succumbed to the virus go to the police station with the protocol sheet and lodge a complaint if the overworked COVID doctors do not prescribe that exact drug or if they do not prescribe it in the same sequence.

Dr. Rajeev Joshi representing the Indian Medical Association (IMA) told the court that doctors were being attacked unnecessarily. He said that while doctors stuck to the protocol as much as possible, the administration of a particular drug or a certain dose of the same depended on the condition of the patient, his comorbidities, response to the line of treatment, etc.

Dr. Joshi added that the doctors should not be held responsible for the inefficiency on the part of the state to provide essential drugs.

“Who will protect the doctors? There will be cases in the Court, and we will have to spend our energy and money to defend those cases.”, the doctor said.

The doctor then informed the Court the patients who do not respond to Dexamethasone usually react to Tocilizumab and that’s why sometimes alternative drugs were prescribed due to the unavailability of those mentioned in the protocol.

The Court then questioned Dr. Joshi whether an alternative to Tocilizumab is available to which Dr. Joshi replied in the negative and stated that as a final resort to save a patient’s life other anti-inflammatory drugs are given as trial and error.

The Bench directed the State and the Center to work together on the issue of Tocilizumab’s scarcity.

“Till the time we are getting positive cases, we will require available of this drug (Tocilizumab). On way footing there should be some mechanism to ensure the availability of this drug”, the Bench said.

Doctors were being targeted whether or not they follow the protocol and hundreds of such cases have been filed for which there is no legal remedy available, Dr. Joshi said.

Advocate Atharva Dandekar, counsel for the petitioner submitted that relatives of patients who have died due to covid approach the police station for filing a complaint without realizing that sometimes doctors need to make a clinical judgment depending on the situation.

He further requested the Court to issue guidelines to the police stations regarding the line of investigation for these cases.

After hearing all the contentions, the Court stated that patient treatment protocols and what treatment is needed at a particular time should be left to the doctors as they are medical experts and would know the best.

“We are witnessing that the essential drugs are scarce. If a doctor cannot administer a drug due to its unavailability, they cannot be held responsible for that”, the Bench observed.

The Court directed the State to make its police officers aware of the law and Supreme Court’s rulings to decide which cases require an immediate registration of offense.

In an attempt to safeguard the doctors from being harassed by patients and their relatives, the Court also suggested the formulation of a special cell comprising of well-trained police officers to deal with registering FIRs against doctors over complaints of medical negligence.

The Court further directed to take a decision and place it before the High Court before June 16, following which it will pass an order.