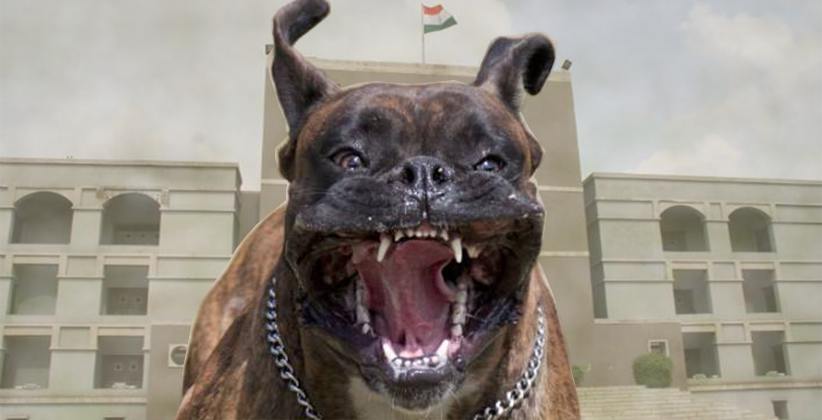 Petitioner Kirtikumar Bhatt, on March 03, 2020, submitted before the Gujarat High Court that the inaction by the authorities on preventing stray dogs from attacking humans is a sheer violation of human rights and also a violation of the UN Convention on Rights of Child.

Based on the Public Interest Litigation (PIL),
the High Court issued a notice to authorities. The petitioner mentioned in the PIL that there have been numerous attacks by dogs on people which needs to be considered as a gross violation of human rights.

The petitioner further stated that dogs have bitten 17 million people in India and approximately 18,000 people lose their lives due to rabies every year in the country.

The petition mentions the Protection of Human Rights Act of 1993 comes under the purview of the internal security Division-III of the Ministry of Home Affairs. The majority of victims in the attack of dogs are children and the United Nations had addressed a Convention for Rights of Children in 1989 and India acceded to it in 1992.

The petitioner asserted that the attacks on children by dogs is the violation of the said Convention and sought directions from City Police Commissioner and the Municipal Commissioner to restrict the menace of stray dogs on streets.

Article 2 of the UN Convention on the Rights of the Child states that: