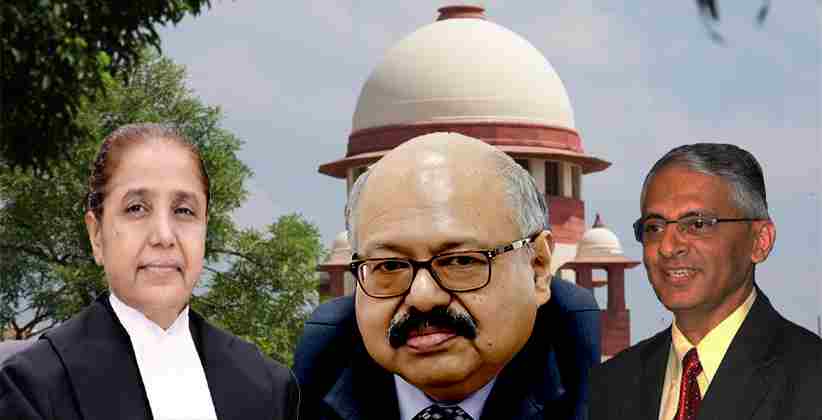 In the case of Shaymlal Devda and Others v. Parimala the Supreme Court while delivering a judgement on January 22, 2020 has held that, while issuing a notice in a complaint of domestic violence, the court is supposed to be prima facie satisfied that there were instances of domestic violence. Judgement to this effect was delivered by bench headed by Justice R. Banumathi and comprising Justices AS Bopanna and Hrishikesh Roy.

Respondent in the present case is wife and she had married to Manoj in 2006 as per Hindu rites in Rajasthan. Their matrimonial home was in Chennai where they used to live with Manoj’s parents. In 2014, she refused to join her matrimonial home or cohabit with Manoj. Manoj filed a petition under Section 9 of the Hindu Marriage Act, 1955 for restitution of conjugal rights before the Family Court, Chennai. Thereafter, claiming herself to be a victim of domestic violence she filed a petition seeking protection order under Section 18, residence order under Section 19 and monetary relief under Section 20 of the Protection of Women from Domestic Violence Act, 2005before the Court of Metropolitan Magistrate at Bengaluru against her husband, her in-laws and other relatives of her husband who were residing in Chennai, Rajasthan and also in Gujarat. Then the Magistrate, Bengaluru issued notice to all the person who were alleged by wife by holding that the Court has the jurisdiction to entertain the petition filed by Parimala under Section 27 of the Domestic Violence Act, 2005. Aggrieved by the issuance of summons in 2015, the appellants filed a petition under Section 482 Cr.P.C. before the High Court seeking quashing of the entire proceedings in the Benguluru court. The High Court dismissed the petition and held that the complaint filed in Bengaluru is maintainable under Section 27 of the Domestic Violence Act, 2005. Being aggrieved, the appellants filed an appeal against HC decision.

Counsel appearing for the appellants contended that allegations levelled against the family members of the husband and his family are an abuse of the process of the Court. In the case, the respondent-wife had made allegations of domestic violence against total fourteen members.

Court has held that as respondent was staying in Chennai with husband and Parents-in-law, there are averments of alleging domestic violence alleging that they have taken away the jewellery of the respondent gifted to her by her father during marriage and the alleged acts of harassment to the respondent. There are no specific allegations as to how other relatives of husband have caused the acts of domestic violence as they are staying in Rajasthan and Gujarat. Since there are no specific allegations against other relatives, the criminal case of domestic violence against them cannot be continued and is liable to be quashed.

The Court ordered the Magistrate at Bengaluru to proceed with case against Husband and parents-in-laws only and dispose the same in accordance with law.