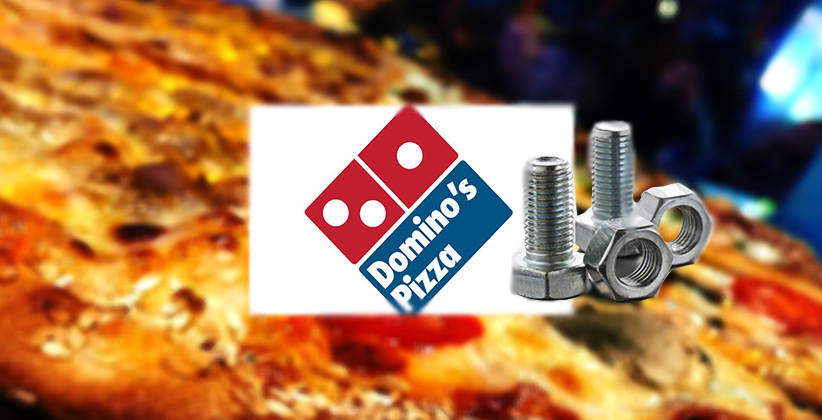 A consumer forum has imposed a fine of Rs 25,622 on Domino’s after it was found guilty of serving a pizza with a metal nut inside.

R.Shankar of the Nilgiris submitted at the forum that in 2014 he broke his teeth while eating a pizza due to the presence of a foreign object. Shankar submitted that after necessary treatment he contacted M/s Jubilant Food Works Ltd, Noida and Domino’s Pizza, T Nagar.

He also lodged a police complaint and reported the issue to the Tamil Nadu Food Safety officials.

However, when no response was received, he issued a legal notice and approached the District Consumer Disputes Redressal Forum, Chennai (South), seeking compensation of Rs 5 lakh.

The General Manager, M/s Jubilant Food Works Ltd argued before the forum that the said complaint was filed with malafide intention.

However, the forum rejected the argument and directed M/s Jubilant Food Works Ltd and M/s Domino’s Pizza to jointly refund Shankar Rs 622, the cost of pizza and pay Rs 25,000 compensation.