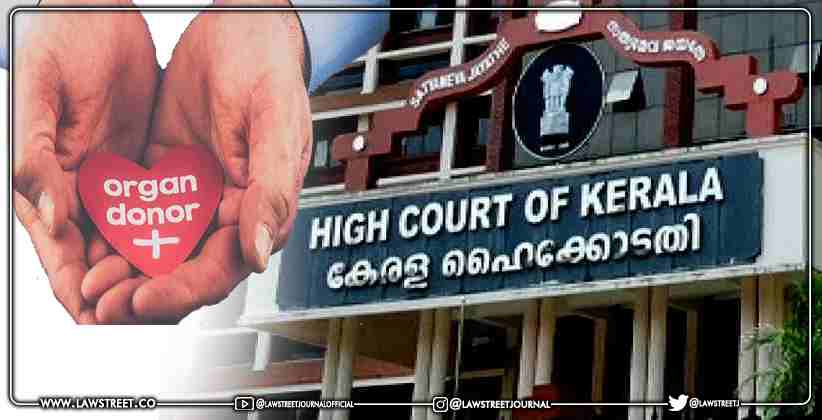 The Kerala High Court recently ruled that a donor's low socioeconomic status does not preclude him or her from donating organs.

It thus allowed a petition challenging the order of the District Level Authorization Committee, which had rejected a woman's application for organ donation on the grounds, among other things, that the donor comes from a poor family.

While deliberating on the petition, Justice P.V. Kunhikrishnan stated:

"I don't understand the respondent's reasoning. There is no barrier to donating organs simply because a donor comes from a poor family... There is no rule that prohibits poor people from donating organs. It is not a sin to be poor. There are many people in our country with big hearts who can save them. That is how we can narrow the gap between the haves and the have-nots."

The Judge also mentioned that the donee comes from a low-income family.

The petitioner's case was that the first petitioner, Reeja P., is a kidney patient in need of an urgent transplant. She is currently undergoing dialysis three times per week, and the kidneys of her close relatives were not found to be suitable.

Given the dire circumstances, the second petitioner, Saraswathi K, expressed her willingness to donate her kidney to the first petitioner. It is claimed that their husbands worked together for years and that their families are very close.

However, the respondent District Level Authorization Committee denied the petitioner's application, citing the donor's poor family background and the fact that there were several unrelated previous kidney donors from the area to which the second petitioner belonged.

The Government Pleader objected to the plea, claiming that the respondent, after reviewing the records and questioning the petitioners and concluded that approval could not be granted in this case. As a result, it was argued that the Court should not intervene.

The Bench, on the other hand, did not understand the respondent's reasoning, pointing out that poverty is not a barrier to organ donation.

The Court also determined that one of the other grounds cited by the respondent for rejection was that the document signed by the Village Officer was discovered to be false following the interrogation of the husband and wife enrolled in the document.

"I'm not sure how the respondent came to the conclusion that the document signed by the Village Officer was false. Respondent does not have the authority to declare that a certificate issued by a Village Officer is false while considering a transplantation application," it stated.

The Court also established that while questioning the parties, the respondent should take a "mild stand." The respondent's intention should be solely to determine whether or not there is a commercial transaction.

The respondent also stated that there were several unrelated kidney donors in the donor's neighbourhood. However, the Bench refused to accept such a claim in the absence of evidence.

"In light of the facts and circumstances of the case, I believe it is a matter for the respondent to reconsider. The respondent must decide whether or not there is a commercial transaction," it stated.

The incident came to light after Mathrubhumi, a leading Malayalam daily newspaper, reported on the first petitioner's unfortunate situation.

As a result, the Court took judicial notice of the report, praising the media for bringing such incidents to light:

"This court takes judicial notice of the Ext.P3 report of Mathrubhumi, one of Kerala's leading Malayalam daily newspapers. We must value such news items from print and visual media so that people with big hearts will come forward to help those in need," it had duly noted.