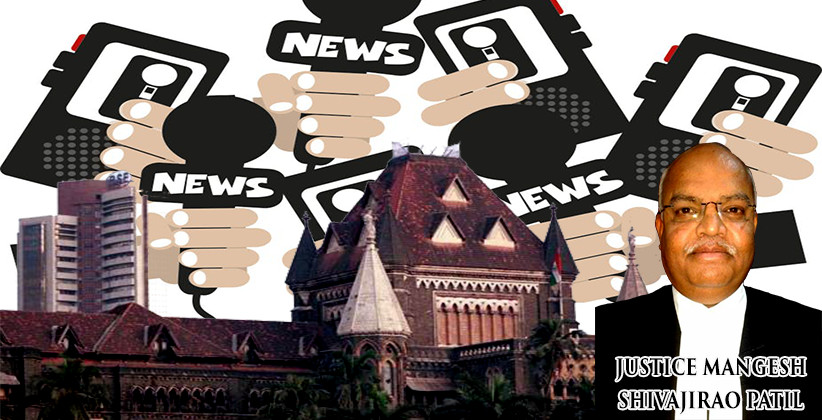 The Bombay High Court on October 4, 2019, in the case of Vijay Jawaharlalji Darda v. State of Maharashtra, has observed that the journalists do not enjoy some kind of special privilege or have a greater freedom than others to make imputations or allegations, sufficient to ruin the reputation of a citizen.

The observation was made by single judge bench of Justice Mangesh S. Patil while hearing application filed under Section 482 of the Code of Criminal Procedure, 1973, and under Article 226 and 227 of the Constitution of India for quashing of the complaint filed by the respondent for the offence punishable under Section 500 of the Indian Penal Code, 1860, in respect of a news item published by the applicants on 11.07.2008 in their newspaper 'Lokmat'.

The respondent claimed to be a social worker who filed the complaint alleging that his reputation was lowered after the newspaper published a news item stating that he was taken to police station in relation to an incident of attempted human sacrifice.

After hearing the matter, the court observed that the publication of such item which has the potential of putting the complainant to disrepute and to lower him in the esteems of the others is prima facie sufficient to constitute defamation as defined under Section 499 of the Indian Penal Code, 1860, and the doors cannot be shut at the threshold.

Referring to the judgment in Sewakram Sobhani v. R.K. Karanjia AIR 1981 SC 1514, the court observed that “Journalist do not enjoy some kind of special privilege or have a greater freedom than others to make imputations or allegations, sufficient to ruin the reputation of a citizen. They are in no better position than any other person. Truth of an allegation does not permit a justification under First exception unless it is proved to be in public good. The question whether or not it was for public good is a question of fact which needs to be proved like any other relevant fact.”

However, the court quashed the case against the Chairman and Chief Editor observing that he could not have any direct role and responsibility in publishing the news item. As against others, the prosecution was ordered to be continued.