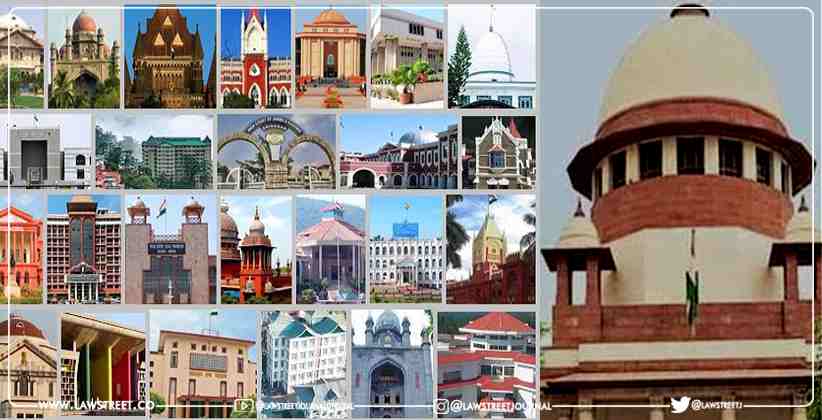 The Supreme Court has ordered the Registrar Generals of the High Courts and the Chief Secretaries of State Governments to provide an action report within three weeks from March 24 regarding the compliance of directions to adopt the Draft Criminal Rules of Practice, approved by the court last year.

After noting that most states had not complied with the April 2021 directions, a bench comprised of Justices L Nageswara Rao, S Ravindra Bhat, and BR Gavai issued the directive.

The Court has asked the High Courts to adopt the draft rules of criminal practice, prepared by amici curiae Senior Advocates R Basant, Sidharth Luthra, and Advocate K Paremshwar within a period of six months.

A bench led by then Chief Justice SA Bobde had ordered that the High Courts adopt the stated proposed rules as soon as possible and those current regulations be suitably modified within six months.

If the state government's cooperation is required, the approval of the relevant department or departments, as well as the formal notification of the Draft Rules, must be completed within the six-month timeframe.

The Court also gave the Union Government and the State Government a six-month deadline to make necessary changes to police rules. In Re: To Issue Certain Guidelines Regarding Inadequacies and Deficiencies in Criminal Trials, the directives were issued suo motu.

Senior Advocates R Basant, Sidhath Luthra, and Advocate K Paremeshwar were designated as amici curiae in the matter by the Court. The court had received a draught of the amici's Criminal Practice Rules. The draught criminal practise regulations can be seen here.

The Court later sought the reviews of the High Courts on the amici curiae's draft rules of criminal practise.

The following are the primary highlights of the draft rules, which were prepared after consultations with the High Courts and State Governments:

Every Medico Legal Certificate and Post Mortem Report must include a printed format of the human body (both frontal and rear view) on its reverse and injuries, if any, shall be indicated on such sketch.

Photographs and video graphs of post-mortem in certain cases.

Such photographs or videography shall be seized under a panchnama or seizure memo, for proof during Trial accompanied by certificate under Section 65B of the Evidence Act.

The I.O. shall prepare a site plan by hand, indicating specified details, and it shall be appended to the spot panchnama. The same shall be followed by preparation of a ‘scaled site plan’ by the police draftsman and all relevant details shall be marked in the panchnama and corrected in the site-plan.

Every accused shall be supplied with statements of witness recorded under Sections 161 and 164 of CrPC and a list of documents, material objects and exhibits seized during investigation and relied upon by the IO.