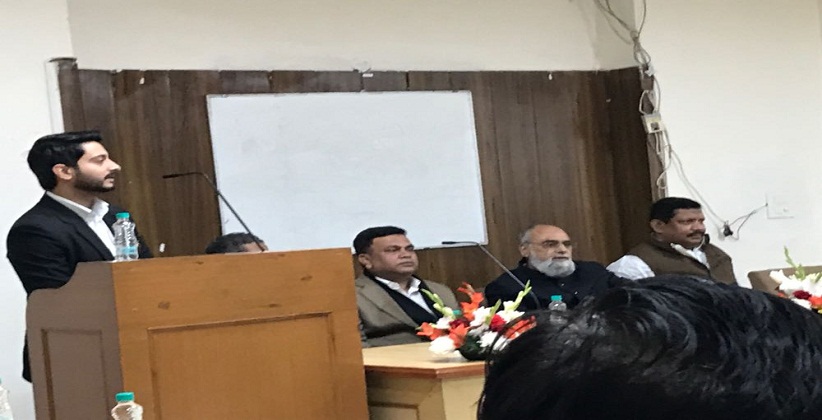 On 23rd December 2017, ILI, SC Advocate Himal Akhtar, campaigning for the post of president of Bar Council of Delhi in his election speech has revealed the corrupt practices of the members of the council, saying that in Bar Council of Delhi, there are many schemes, which are made for the benefit of the lawyers but the members of the council are utilising all the benefits of these schemes themselves.

This is a shocking revelation, indicating that how council members are taking advantage of their position and instead of working for the welfare of the fraternity, they are dooming it to failure.

Delineating many other major problems in the council, he said that it is imperative that the elected candidate should be aware of the problems faced by the lawyers and the judges because then only he will be able to think of the suitable solution for these problems.

Concluding his speech he has pledged to resolve all the issues for the welfare of the fraternity.