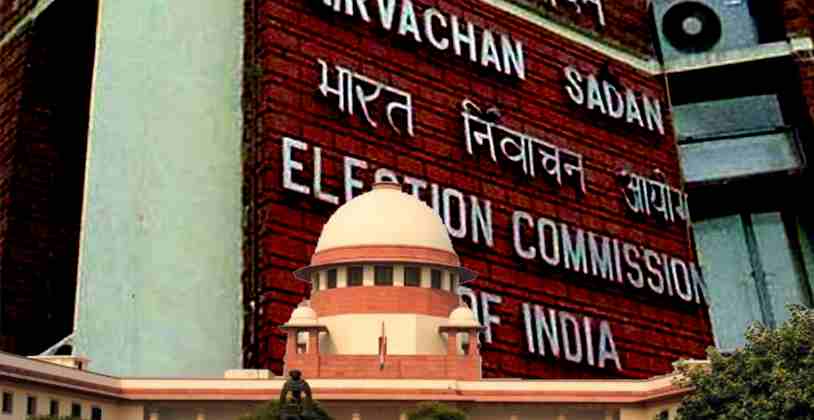 A proposal was filed by the Election Commission (EC) of India along with petitioner-advocate A.K Upadhyay on the 31st of January, 2020 in the Supreme Court praying to join a contempt plea filed previously for making political candidates liable for publishing their criminal antecendants. This issue came to the spotlight after the authorities failed to comply with the direction given by the Supreme Court in its September 25th, 2018 verdict on the disclosure of criminal antecendants when the issue of criminalization of politics was raised in a contempt plea therein. The cause of action for the latest context had arisen on October 10, 2018 when EC, while issuing notification for assembly elections in five states, did not amend the Election Symbol Order 1968 and the Model Code of Conduct to restrict political parties from fielding candidates with criminal records.

The joint proposal consists of making the political parties liable with detailed reasons as to why there was no availability of better candidates for fielding, and this has to be published on social media, newspapers and electronic media. The parties also have to publish the declaration about their candidates on their Twitter handles and Facebook pages. This has to be done 48 hours prior to the scrutiny of the nominations by EC. A similar responsibility rests on the candidates too. The proposal also contains the draft of the Criminal Antecedents of Candidates (Reporting and Publication) Order of 2020 to formalise the liabilities on the parties and the candidates.

The poll body has indicated it is in agreement with the BJP leader and petitioner Ashwini Upadhyay, that political parties should mandatorily upload on their website details of candidates with criminal antecedents.

Senior Advocate Vikas Singh who is representing the Election Commission has contended that the number of criminal cases pending against MPs and the increment has been a disturbing scenario. The poll data shows 43% of the MPs in the Parliament have criminal cases lodged against them. "Criminalisation of politics" in India has only grown.

The bench, headed by Justice R.F. Nariman and comprising Justice S. Ravindra Bhat, said that in politics, political opponents may file serious criminal cases, which includes cases connected with sedition and anti-national activities. “Charges with political overtones are brought in… we have to be very careful,” it said. The Supreme Court on Friday (January 31, 2020) also said it is essential to tread carefully while penalising candidates from political parties, who do not disclose criminal antecedents, as the allegations often have political overtones.

"We direct the Election Commission of India to consider the representation of the petitioner (Upadhyay) dated January 22, 2019 and pass a reasoned order within three months," said the bench, also comprising Justice B R Gavai.