'No one should starve' ; Petition Seeks Emergency Rations And Food Supply For People Without Ration Cards 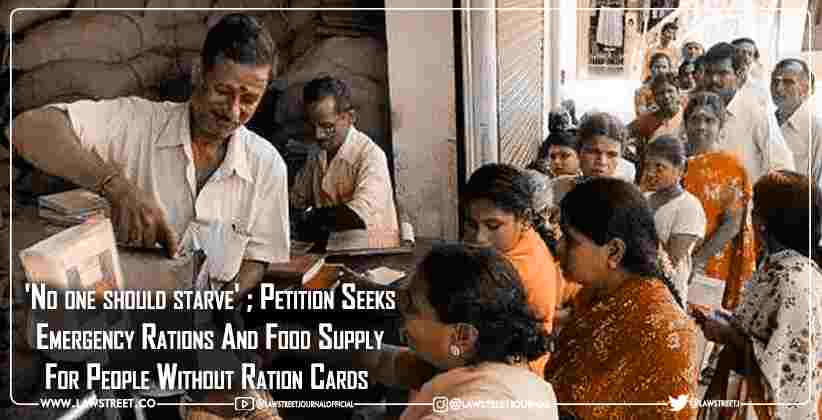 The Delhi Government has recently announced a complete lockdown in the capital. The lockdown has started  from M onday, April 19  (10 pm) until 26 April, 2021.

In line with this, " Delhi Rozi- Roti Adhikar Abhiyan" approched the High Court seeking directions for food supply. The Petition pointed out that Delhi government hadto resume it's scheme of dry ration Mukhya Mandri Corona Sahithya yojana scheme or any new scheme designed for the needy people. The Petition was filed by Advocate Prasanna .s. and stated:

"Considering the second wave restrictions issued by Delhi Government, Petitioner had written to GNTCD urging for providing free hot cooked meal through homeless shelter and relief center without the consideration of ration card "

This is under the provision of National Food Security Act including Midday Meal Scheme and Integrated child devolpement scheme.

The Petition sought prayers including E- coupon and help desk. E-coupon applications and resumption ofoperating kiosks and helpdesks facilitating such applications for the purpose of receiving benefits for all residents and to ensure resumption of hunger relief centers for providing free hot cooked meals to all those in need.