Home Judiciary SC To UOI: No Coercive Action Against Employers for Failing to Pay Employee Wages During Lockdown till Next Week [READ ORDER]
Judiciary 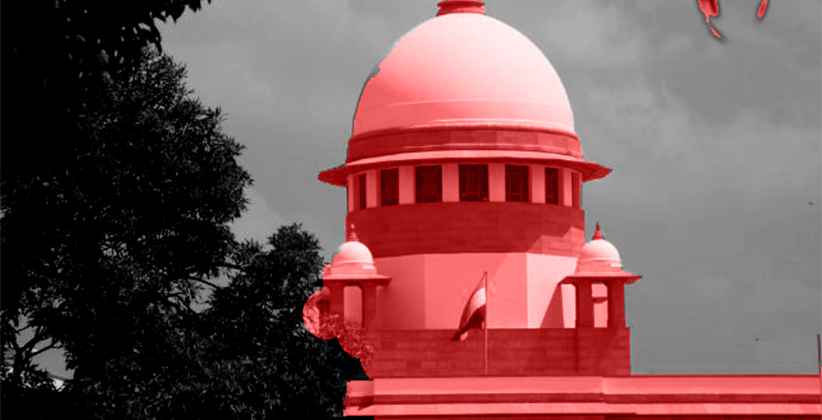 The Supreme Court on May 15, 2020, ordered Union of India that no coercive action shall be taken against a Hand Tools Manufacturers Association (association of 52 companies in Punjab constituting sole proprietorship firms, partnership firms, and private limited companies engaged in the manufacturing and distribution of the hand tools) for failing to comply with the Ministry of Home Affairs (MHA) notification which had compelled employers to pay wages to workers during the COVID-19 lockdown.

The order to this effect was passed by the Bench headed by Justice L Nageswara Rao and comprising of Justices Sanjay Kishan Kaul and BR Gavai when they took up a batch of petitions seeking to quash the government notification, which had notified that if employers didn’t comply with it, criminal prosecution would be initiated against them.

As a matter of urgency, the petitioner association had filed a writ petition under Article 32 of the Constitution of India seeking an appropriate writ for setting aside or quashing of Government Order dated March 29, 2020, (mainly clause iii), issued by Ministry of Home Affairs, Government of India, only to the limited extent of compelling the Petitioner to pay full salary to all its staff, workers, contract workers, casual workers during the period of lockdown, when its establishments/shops/factories are not operational.

They had also contended that it will have serious financial repercussions on the Petitioner, as failure to comply with the said Government Orders, the Petitioner will be liable to face necessary actions as contemplated under Disaster Management Act, 2005.

It was further submitted that the Government Orders directing the private establishments is illegal, violative of law, impossible to implement and will have a cascading effect which may lead to winding up, closure or shut down of various industrial establishments, factories, etc. rendering the workers, employees and other ancillary staff as unemployed.

As a matter of fact, On March 23, 2020, Department of Expenditure, Ministry of Finance, Government of India by Office Memorandum had ordered that if any contractual, casual and outsourced staff of Ministries/ Departments and other organizations of Government of India is required to stay at home due to lockdown period till April 30, 2020, it shall be treated as on duty and necessary wages to be paid to any such employee. On the same day, Ministry of Labour & Employment by letter addressed to Mr. Ministry of Housing and Urban Affairs, had issued a direction that an advisory shall be issued to all employers/owners of public/private establishments to extend their coordination by not terminating employees, particularly casual or contractual, from their jobs or reduce their wages.

In the present petition, the petitioners have challenged the constitutional validity of clause iii of the Government Order dated March 29, 2020, being N0.40- 3/2020-DM-I(A) issued by Ministry of Home Affairs, Government of India, under section 10(2)(l) of the Disaster Management Act, 2005. They have alleged that this clause is violative of Articles 14, 19(1)(g), and 300A of the Constitution for being unconstitutional. Clause 3 of the notification reads as follows,

“All the employers, be it in the industry or in the shops and commercial establishments, shall make payment of wages of their workers, at their workplaces, on the due date, without any deduction, for the period their establishments are under closure during lockdown period.”

10. Powers and functions of the National Executive Committee: -

(2) Without prejudice to the generality of the provisions contained in sub-section (1), the National Executive Committee may—

(l) lay down guidelines for, or give directions to, the concerned Ministries or Departments of the Government of India, the State Governments and the State Authorities regarding measures to be taken by them in response to any threatening disaster situation or disaster.

Interestingly, Home Secretary of Government of India in his capacity as the chairman of the National Executive Committee is empowered to issue the above said challenged notification. The petitioner has alleged that the Central Government under section 10(2)(l) of the Disaster Management Act, 2005 lacks the legislative competence to direct private establishments to pay full wages to their workforce.

Senior Advocate Jamshed Cama had appeared for the petitioners and the Union of India was represented by Solicitor General Tushar Mehta.

After Tushar Mehta sought more time to file a reply, the Court directed the states to not prosecute private firms, factories, etc over non-payment of wages to workers. The matter is listed for next week.