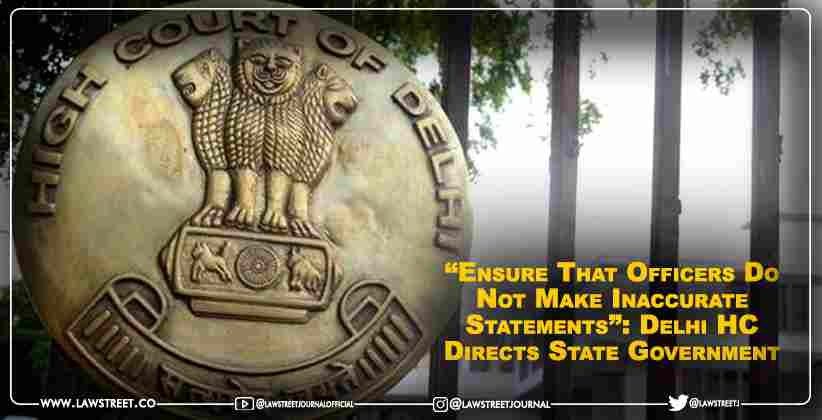 On Wednesday, 12 May 2021, a division bench of Justices Vipin Sanghi and Rekha Palli, that has been dealing with issues of Covid-19 management in the capital today pulled up the Aam Aadmi Party-led Delhi government for providing inaccurate information on the readiness of a 250-bed Covid-19 facility in one Indira Gandhi Hospital in Dwarka, New Delhi.

Inter alia the court also looked into issues dealing with children orphaned due to Covid-19 and their care, and of tankers caught up in the state of Rajasthan.

The Delhi Government had previously informed the court that a 250-bed Covid facility was prepared by it in Dwarka in the Indira Gandhi hospital and was ready for use. However, it was raised by Adv YP Singh that not a single admission had taken place in this facility till date. Upon verification by the court, it was found out that the facility was not yet operational due to some glitches upon which the court rained down on the government for supplying it with inaccurate information on the position of an issue.

The bench was informed that at the last minute it had come to their notice that PESO certification was necessary for the use of oxygen cylinders, and hence the facility could not be made operational. On hearing this, the Court directed the state government to ensure that its officers do not make inaccurate statements, as such statements might cause serious inconveniences to people.

On the issue of children orphaned due to Covid-19, Adv. Prabhsahay Kaur pointed out that the Child Welfare Committee is already working on the issue online, children on ground or whose parents are in the hospital, as well as those on streets are suffering as no testing or other facility are available to them. The state government submitted that the helpline 1098 is also functional. The Court directed Adv. Kaur to help come up with a draft advertisement and to share the same with the court as well. The drafts are to be made in both English and Hindi for Delhi.

The issue of tankers meant for Delhi, stuck in Rajasthan was also brought up on which Sr. Adv. Rahul Mehra for Delhi informed the Court, "For now it may be left, because the Central Government is now taking care of everything - the tankers, containers, etc. We are better placed than before." Amicus Sr. Adv. Rajshekhar Rao explained that the tankers were not simply stuck but being used by Rajasthan, to which the Court directed that either way an official statement had to be filed to this effect by the Centre. Adv. Nidhi Mohan Parashar for the Centre said, "The last update from our end is we had written to Rajasthan to return but they had refused." The court directed them to take precipitative action in that case but said that the issue had to be closed one way or the other.