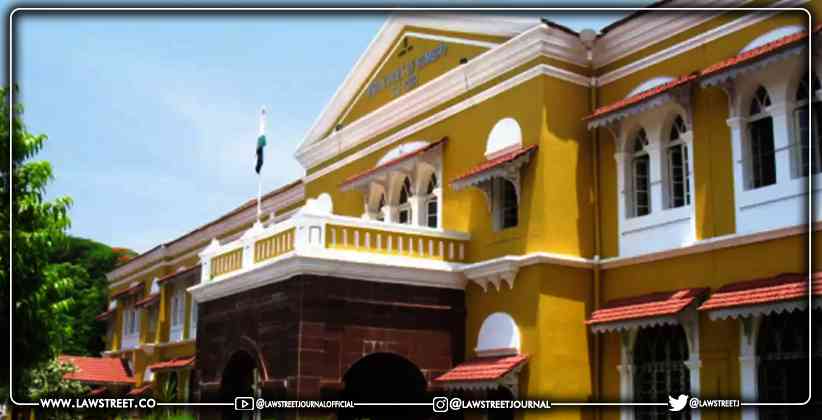 On Tuesday (May 18, 20121), the Bombay High Court (Goa Bench) dismissed two applications filed by the Goa government seeking to vacate or modify a court order directing the state to ensure that all persons entering the state have a COVID negative certificate.

On May 6 2021, the Bench of Justices M. S. Sonak and M. S. Jawalkar directed the Goa State Administration to ensure that no persons are permitted entry into the State unless a negativity certificate is issued within 72 hours of the time the travellers seek entry into the State.

Application for Modification by the State

The state government requested that a waiver be granted for people who work in Goa and travel between the neighbouring states and the state of Goa on a daily basis, subject to being thermally scanned and producing proof of employment at the respective checkpoints.

It was argued that the restrictions imposed by the Court's order dated May 6 were quite disproportionate and caused serious prejudice to Goa residents who wished to enter Goa as well as persons wishing to enter Goa for the purposes of their daily work.

It was argued that because Goa is a small state, it must rely on its neighbouring states of Maharashtra and Karnataka for supplies, labour, and workforce, and that the restriction was harming the state's economy and the smooth operation of industries.

Finally, it was claimed that the procedure for obtaining a COVID -19 negative certificate was so time-consuming that even laboratories all over the world were overburdened in issuing such certificates.

The Court noted at the outset that the State had opposed the restriction of requiring persons to possess a COVID -19 negative certificate for entry into the State of Goa from the start.

The Court also noted that, despite its "clear and unambiguous direction" dated May 6,021, the District Magistrates of the two districts that comprise the State of Goa issued orders dated May 8, virtually defying the Court's orders and proceeding to carve out exceptions in favour of certain categories of persons, either by themselves or otherwise.

"We do not feel that any case has been made out by the state for us to vacate our interim direction, particularly now that we have already modified our interim direction by granting  a waiver in cases of medical emergencies and transportation of supplies in the State of Goa."

Importantly, the Court noted that it had not barred entry into Goa, and that the only requirement was that such persons, like others, have a COVID-19 negative certificate to enter the State of Goa.

" If a waiver is to be granted based upon such vague and ambiguous classification, then, there will be no meaning to the restrictions directed by us in the public interest.... ( the state) has not even bothered to explain whether it is in a position to verify from each potential entrant whether such entrant is indeed a resident of Goa or coming into Goa for some work."

As a result, the State Government's application to modify the Court's May 6 order was denied.