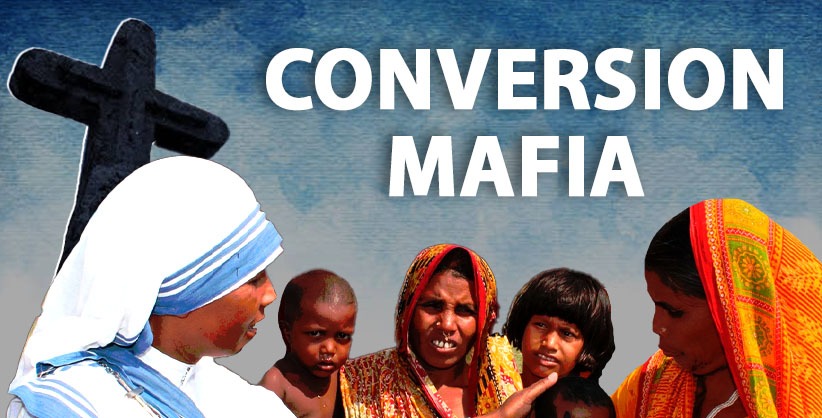 NEW DELHI: A former Christian has approached the Supreme Court, alleging that the entire State of India has failed to implement strictly the penal laws for prosecuting the conversion mafias, who have defiled and degraded Sanatan Dharma (Hinduism) and showing it in poor light through public speeches on audio-visual platforms (YouTube channels), satellite channels, media and entertainment platforms, blog articles.

In an application, Esther Dhanraj, an Overseas Citizen of India, contended that despite the hate speeches and hate articles in the public domain, of both home-grown and international Christian missionaries, pastors, and evangelists, the State, that is the Union of India as well as the State governments of India did not evince much interest to effectively investigate and prosecute the culprits.

"Though such acts fall under the purview of Sections 121 to 124 of IPC and also under 153(A) of IPC, which are classified as cognizable and non-bailable offences as per Criminal Procedure Code, 1973, schedule 1 and yet no accused to date has ever been booked under these sections," she said.

In the interlocutary plea in pending PIL by advocate Ashwini Kumar Upadhyay, the 50-year-old applicant related her own tale as how she was converted to Christianity at the 13.

The applicant's father and mother were staunch devotees of Gayatri Maata and Lord Venkateshwara, respectively, until their conversion. After being introduced to Christianity, the applicant was meticulously initiated into Christian rituals and indoctrinated to lead a fanatic Christian life, without scope of rational thinking or critical thinking, after which the applicant became a fundamentalist Christian for the next 25 years, she said.

"The applicant was tutored to become a pastor when she grew up so as to plant churches in India and lead other Hindus into Christianity. Applicant then migrated to the United States in November 2009 and enrolled in research oriented Master's degree in Christian Divinity studies in Georgia, United States in the September of 2010, with a view to become a pastor. As a student of Christian studies, for the first time, the applicant had to examine Christianity through an academic lens as opposed to the faith lens she was taught to view it through. Applicant realised the dubiousness of Christian conversions, the shallowness of Christian spirituality and the fraudulent means by which Christian doctrines were developed; at which point the applicant realised that the agenda of the Church was world dominion and hegemony," she said.

The applicant, upon realisation of the fraudulent manner in which her family was converted, realized the deprivation she underwent, of her own culture and heritage, leading the applicant into a state of trauma of having wasted 25 precious years. Applicant then, quit the Christian faith in early 2011 but engaged in completing the degree. Applicant relocated to India in 2018 and thereafter took it upon herself to educate other Hindu families about the dubiousness of Christian missions and to protect Hindus from conversion mafias, she added.

The applicant contended the State has failed to exercise its power as per the Constitution of India under Article 25(2) which states that 'nothing in this article shall effect the operation of any existing law or prevent the State from making any law for regulating or restricting economic, financial, or political or other secular activity which may be associated with religious practices."

As such the state is empowered by law to implement the law or in the exigencies of the situations can promulgate a new law for achieving the above said purposes as enshrined in the Constitution, her plea added.

It further contended the hate speeches by religious fanatics fell under the purview of Sections 121 to 124 of IPC and also under 153(A) of IPC, which are classified as cognizable and non-bailable offences as per Criminal Procedure Code, 1973, schedule 1 and yet no accused to date has ever been booked under these sections.

"The inaction and the leniency on the part of the State has been perceived as States' endorsement of their unconstitutional acts, which in turn emboldened them to not only openly desecrate Hindu gods and goddesses, but also to demonize national heritage such as the Indian national flag and national anthem, in addition to attacking individuals for being Hindu and celebrating Hindu festivals," it alleged.

'Devoid of merit', SC on plea against formation of panel to examine UCC by States