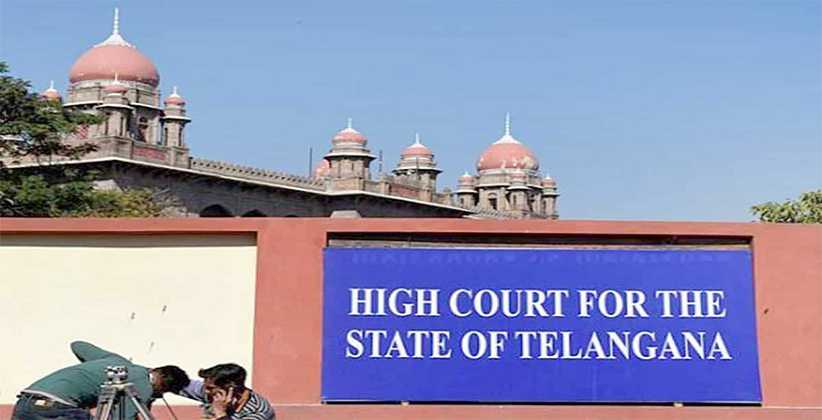 In the case of Ganta Jai Kumar v. the State of Telangana while disposing of PIL on May 20, 2020, division bench of Telangana HC comprising Justices M. S. Ramachandra Rao and K. Lakshman held that under the guise of taking steps to prevent the spread of the Pandemic, the State can’t restrict the liberty and freedom of a citizen to choose his own doctor and hospital and force him to take a test for COVID-19 infection or treatment from Government sources.

PIL was filed to declare the action of the State of Telangana and other respondents in not permitting the “private hospitals” and “diagnostic centers” which are equipped with the necessary equipment and personnel and willing to conduct diagnostic tests for COVID-19 virus and to admit patients for isolation and treatment of COVID-19 virus was arbitrary, illegal and without power and also direct the respondents to permit the same.

The petitioner contended that treatment in the government hospitals is inadequate, dismal, lacking hygiene; and that methods of treatment adopted are very ordinary and simple medication in view of the cost factor involved in the event of adapting or trying new methods of treatment.

Relying on Art.21 of the Constitution of India he contended that it allows the right of the person to choose his own doctor and hospital as per his choice and the State under the guise of taking steps to prevent the spread of the Pandemic cannot restrict the liberty and freedom of a citizen to choose his own doctor and hospital and force him to take treatment from Government sources particularly in view of the limited resources of the Government.

He also contended that though certain Private Corporate Hospitals like Apollo Hospital, Yashoda Hospital, Kamineni Hospital, Krishna Institute of Medical Sciences, Star Hospitals, etc are ready and willing to start separate facilities and isolation wards for containment of COVID-19, they are not being allowed to treat the suspected COVID-19 patients by the respondents.

The Court held that the permission to private hospitals was withdrawn same day without reason and it was a violation of the basic principle of administrative law that every action of the State which affects the rights of citizens must be supported by reasons so that a Court, can, while judicially reviewing it, know that there is an application of mind to the issue by the authority concerned, which passed the said order.

The Court found that there is no power in S. 2 (Power to take special measures and prescribe regulations as to dangerous epidemic disease) of the Epidemic Diseases Act, 1897 either to prevent private hospitals from testing suspected any victim of an epidemic such as COVID-19 patients or treating confirmed infected patients.

“Maybe the facilities in the Gandhi Hospital or other designated Government Hospitals are very good, but that does not mean that the respondent No.s1 - 4 can, under the guise of taking steps to prevent the spread of the Pandemic, restrict the liberty and freedom of a citizen to choose his own doctor and hospital and force him to take a test for COVID-19 infection or treatment from Government sources if found to be infected with the said virus.”

Interestingly the Court remarked that,

While setting aside the said order, the Court held that the order is violative of Art.14 and Art.21 of the Constitution of India and also the principles of natural justice (for not giving any reasons).

The Court also appreciated the petitioner for approaching the Court and bringing to their lordships’ notice an important issue concerning the health and lives of our fellow citizens.