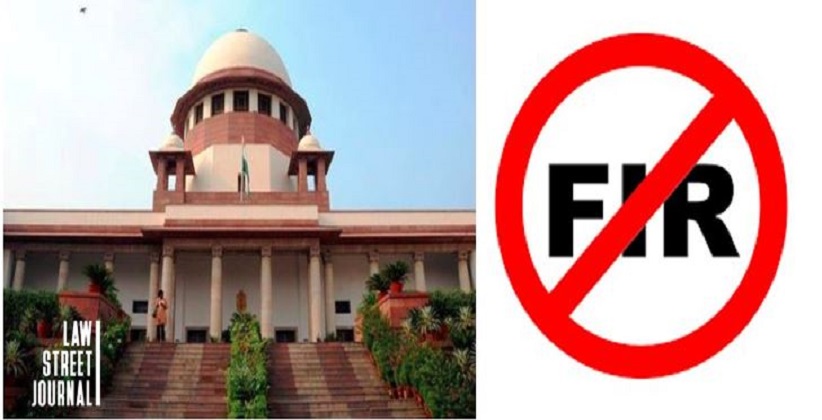 The Supreme Court on November 15, 2018, in the case of Anand Kumar Mohatta and Anr. v. State (Govt. of NCT of Delhi) Department of Home and Anr., has held that the High Court can exercise its jurisdiction under Section 482 of the Code of Criminal Procedure, 1973, to quash an FIR even after a charge sheet is filed during the pendency of the petition to quash the said FIR.

A Bench comprising of Justice S.A. Bobde and Justice L. Nageswara Rao was hearing a Special Leave Petition filed against the order passed by the Delhi High Court under which the court declined to quash the FIR against the appellants stating that the ‘petition had been filed pre-maturely’.

“It is settled principle of law that the High Court can exercise jurisdiction under Section 482 of Cr.P.C even when the discharge application is pending with the trial court,” said the apex court.

The matter relates to the development of a property owned by Mr. Anand Kumar Mohatta which was subsequently transferred to his wife. He had entered into an agreement with Ansal Properties & Infrastructure Ltd. to develop the property by constructing a high rise building. As per the agreement, an amount of Rs. 1 crore was advanced by Ansal Properties to Mr. Mohatta.

The dispute arose when the development agreement could not be fulfilled due to the new buildings regulations which prohibited the construction of high-rise buildings in the area where the land was situated.

Mr. Mohatta then wrote a letter to Ansal properties informing them that he did not wish to develop the property. Thereafter, he did not take any further action and also did not return the amount advanced to him.

Ansal Properties then lodged an FIR against Mr. Mohatta and his wife.

Later, a charge sheet was filed against the appellant and his wife before the court of Metropolitan Magistrate, Patiala House Court, Delhi under Sections 405 and 406 of the Indian Penal Code, 1860, relating to criminal breach of trust, for fraudulently transferring the property to his wife.

The appellant thus filed an amendment application praying to quash charge sheet in addition to FIR.

It should be noted that one of the contentions of Ansal Properties was that that ‘the petition for quashing of FIR was untenable since the proceedings have gone past the stage of FIR and have resulted in a charge sheet’.

Not finding the contentions of Ansal Properties maintainable the court allowed the appeal filed by the appellants. In doing so, the court invoked the judgment in the case of Joseph Salvaraj A. v. State of Gujarat (2011) 7 SCC 59.

The Bench observed that “there is nothing in the words of this Section which restricts the exercise of the power of the Court to prevent the abuse of process of court or miscarriage of justice only to the stage of the FIR.”

“It would be a travesty to hold that proceedings initiated against a person can be interfered with at the stage of FIR but not if it has advanced, and the allegations have materialized into a charge sheet,” the Bench added setting aside the order passed by the Delhi High Court.