Home Judiciary Failure to produce a certificate u/s 65B of the Evidence Act is not fatal to the prosecution: SC [Read Judgment]
Judiciary

Failure to produce a certificate u/s 65B of the Evidence Act is not fatal to the prosecution: SC [Read Judgment] 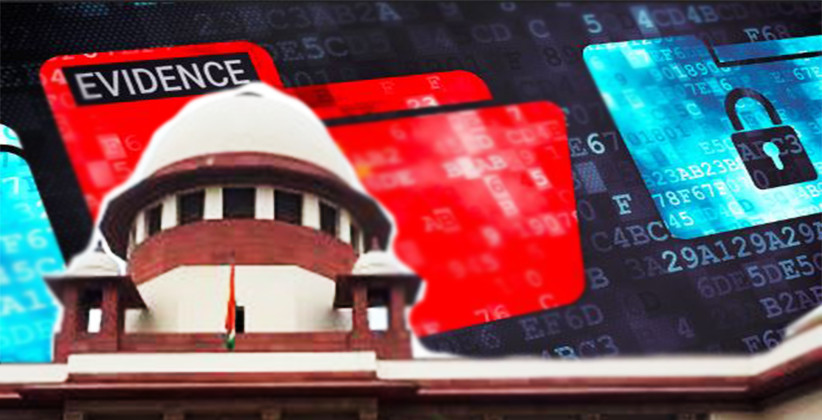 Under Section 65B (4) of the Evidence Act, 1872, failure to produce a certificate at the stage when the charge-sheet is filed is not fatal to the prosecution, the Supreme Court has held in the case of State of Karnataka vs. M. R. Hiremath.

An official accused of corruption, filed a petition before the Karnataka High Court, challenging the trial court’s order refusing to discharge him in a criminal case. The High Court held that absence of a certificate under Section 65B of the Evidence Act, secondary evidence of the electronic record based on the spy camera is inadmissible in evidence.

It was also observed that the prosecution also precluded from supplying any certification since that would be an afterthought. Further, it was held that the case of the prosecution that apart from the electronic evidence, other evidence is available is 'on its face unconvincing'.

The bench comprising of Justice DY Chandrachud and Justice Hemant Gupta of Supreme Court of India observed that the High Court misjudged in concluding that the failure to produce a certificate under Section 65B(4) of the Evidence Act at the stage when the charge-sheet was filed was fatal to the prosecution.

Setting aside the High Court order, the bench also stated that the stage of considering an application for discharge, the court must proceed on the assumption that the material which has been brought on record by the prosecution is true and evaluate the material in order to determine whether the facts emerging from the material, taken on its face value, disclose the existence of the ingredients necessary to constitute the offence.