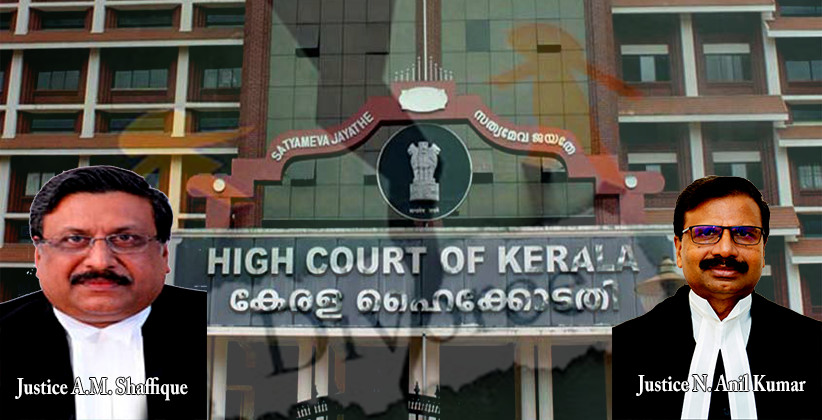 The Kerala High Court on September 5, 2019, in the case of Binod v. Sophy, has granted divorce to a man on observing that harassment of husband and his family for a substantially long time by filing false complaints itself amounts to mental cruelty.

In this case, the husband moved the High Court against the order passed by the Family Court wherein the court had dismissed his petition seeking divorce.

In appeal, the High court noted that the wife had given a complaint before the Magistrate Court that the husband and his parents had forcefully taken her thali chain and had stolen other gold ornaments kept by her and there was demand for dowry. The said complaint got dismissed on the ground that the complaint was false. The court also noted that, in the divorce case, the wife had no case that any of her gold ornaments were appropriated by her in-laws. Thus Family Court had refused to grant divorce to the husband.

In this context, a Division Bench comprising of Justice A.M. Shaffique and Justice N. Anil Kumar observed: “It is rather clear that the respondent/wife had been harassing the petitioner/husband and his parents and she had even gone to the extent of filing false complaints against them. Though such an aspect had not been pleaded since the Original petition was filed even before a case being charged against them, subsequent events which are part of record clearly proves her attitude against the petitioner and his parents. The entire case was set up to harass them and therefore, the contention of the petitioner/husband that the wife had been ill-treating him and his parents has to be believed. We are therefore of the view that the petitioner was entitled for a divorce and the Court below committed serious error in appreciating the evidence in the proper perspective. Court below ought to have considered the entire materials on record before arriving at the finding that cruelty was not proved. It is settled law that cruelty includes mental cruelty as well and harassing a family for a substantially long time by filing false complaints itself amounts to mental cruelty.”

The Bench also observed that since the marriage has been irretrievably broken and there is no chance for reunion and coupled with the fact that the husband and his family members had to suffer cruelty at the hands of the wife, this is a fit case in which divorce can be granted in favour of the husband.

Thus the court set aside the judgment passed by the Family Court and dissolved the marriage between the parties by a decree of divorce.

Inside Of The House, A Person Of Any Religion May Follow And Practice Other Religion: Bombay HC [Read Judgment]