Home Judiciary False Nomination Form By Election Candidate Would Not Amount To Corrupt Practice If It Was Rectified Before Scrutiny: SC
Judiciary

False Nomination Form By Election Candidate Would Not Amount To Corrupt Practice If It Was Rectified Before Scrutiny: SC 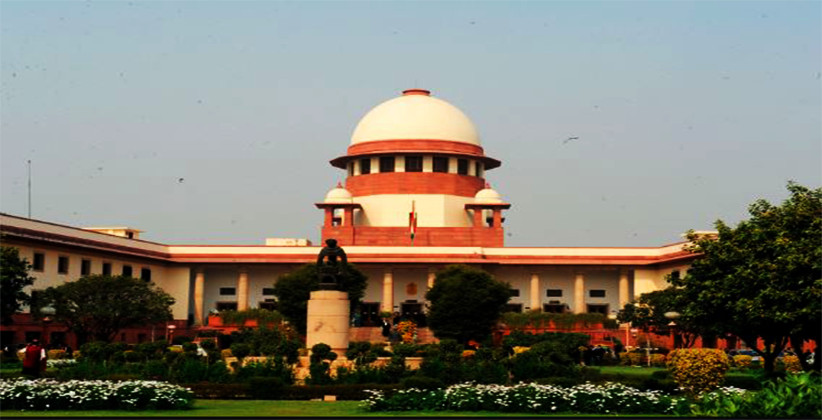 The Supreme Court on February 20, 2019, in the case of Sri Sunil Rajknowar v. Smti. Jibontara Ghatowar has held that filing of the nomination form containing incorrect information would not amount to corrupt practice if the election candidate rectifies the mistake before its scrutiny by the Returning Officer.

A Bench comprising of Justices S.A. Bobde, Sanjay Kishan Kaul and Deepak Gupta was hearing an appeal filed by the appellant against the order passed by the Guwahati High Court in Election Petition wherein it had dismissed the said petition.

The appellant had charged the respondent, a returned candidate, for inter alia exerting undue influence on the Electorate which amounts to a corrupt practice under Section 123(2) of the Representation of People Act, 1951.

It was alleged by the appellant that the respondent – returned candidate had furnished incorrect and false information by stating in the statutory form submitted under Section 33A of the RP Act that the offences pending against her were nil. However, this was found to be untrue as there was a criminal case pending against the respondent in which she was accused for offences under Sections 420, 468 and 193 of the Indian Penal Code, 1860.

As per Section 33A of the Act, a candidate is bound to declare if he/she is accused of any offence punishable with imprisonment for two years or more in a pending case in which a charge has been framed by the court of competent jurisdiction.

The returned candidate defended the allegation in the Election petition by contending that she had furnished an affidavit subsequently pointing out that the information given by her in the statutory form was not wholly correct and in fact, a criminal case was pending against her in the Court of Chief Judicial Magistrate, Dibrugarh.

The Bench taking into consideration the submissions made by the parties observed that it was a mere mistake committed by the returned candidate while submitting the statutory form which was duly corrected by filing an affidavit.

“The above act of the returned candidate cannot amount to corrupt practice since the mistake occurred at the stage of filing the nomination form and the incorrect information that was given in the statutory form was admittedly corrected in the affidavit which was filed by her later on, but before the scrutiny. The Returning Officer was thus possessed of the correct information at the time of scrutiny. It is obvious that no votes were sought on the basis of the mistaken information supplied,” the Bench said.

Thus noting that none of the acts which constitutes the corrupt practices of undue influence, were committed on the basis of the incorrect information supplied by the returned candidate, the Bench dismissed the appeal.