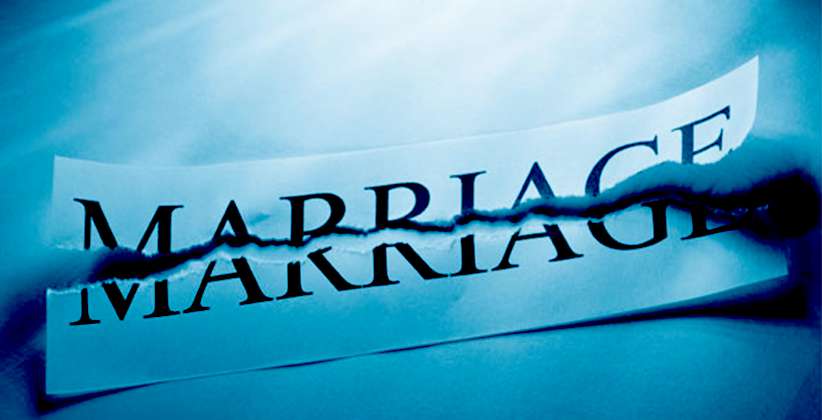 On April 29, 2020, a Division Bench of Justices Anil Kumar and Saurabh Lavania of the Allahabad High Court (Lucknow Bench) held in the case at hand that the marriage was irretrievably broken down and the trial court had appreciated the evidence in a proper manner.

Time and again, Nitika used to quarrel with the family members of Puneet and he always tried to stop the violence but no fruitful result was achieved. In the meantime, he got a job of Medical Representative, at Meerut and she was living with her father-in-law and mother-in-law at Delhi and she always used to scold them.

On one occasion she had also tried to commit suicide. When his grandmother had shown with to see her granddaughter-in-law i.e. Nikita, she had refused and humiliated her. The grandmother could not bear the humiliation and due to heart attack, she died, but Nikita didn’t even appear in the last rituals of the grandmother of Puneet.

After repeated attempts by his family members to save the marriage and failed mediation, he filed a divorce petition under Section 13 of the Hindu Marriage Act, 1955. The suit was dismissed by Principal Judge, Family Court, Hardoi, and aggrieved by that order, he had filed an appeal before the HC.

The contention of the parties before the HC:

The Counsel for the appellant had contended that before the Family Court, through the evidence including the documentary evidence, it was categorically established and proved that there was no possibility of a reunion of the relationship between the appellant and respondent, long separation and no possibility of reunion amounted to cruelty and despite the facts, the trial Court had dismissed the divorce suit.

He also had contended that since February 17, 2006, till the delivery of the judgment of the trial court on July 18, 2020, the couple was living separately and there was no possibility of a reunion of the relationship between them, so in view of the long separation it was an irretrievable breakdown of the marriage between the parties and accordingly on that ground alone the decree of divorce ought to have been passed but the trial court had not considered the above said facts and dismissed the divorce suit filed by the appellant.

The Court considered the position of law on the ground of irretrievable breakdown of marriage laid down in several Apex Court judgments and also noted that the parties in the present case were living separately for more than fourteen years and litigation between the parties was initiated by filing divorce suit by the appellant in the year 2008.

The Court also took into account the observations made by the trial court to the effect that the efforts to continue with the marriage had failed and there was no possibility of a reunion between the parties.

The Court also took into consideration the submission of the appellant that no fruitful purpose would be served in maintaining the matrimonial relations between the parties as the matrimonial bond is beyond repair and the relations between the parties were sufficiently spoiled and for all practical purpose, there was an irretrievable break down of marriage.

The Court also found fault in the findings of the trial Court that the appellant was not entitled to a decree of divorce on the ground of long separation/irretrievable breakdown of marriage was liable to be interfered with and the judgment passed by the trial court was liable to be set aside.

Hence, the Court proceeded to grant a divorce to the appellant-husband on the ground of irretrievable breakdown of the marriage.