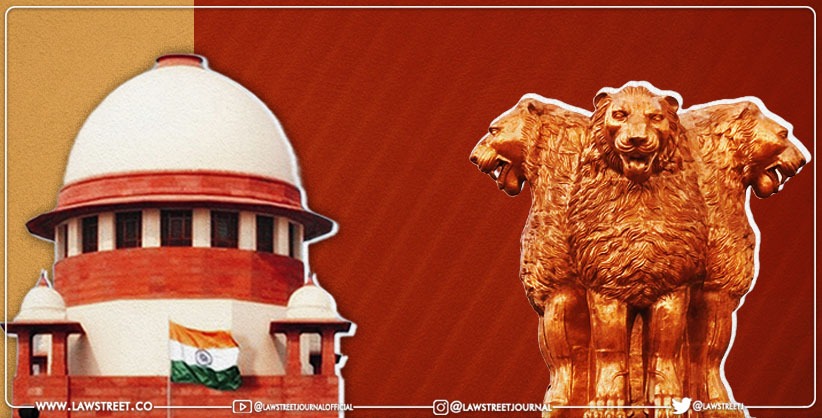 NEW DELHI: The Supreme Court on Friday rejected a plea claiming that the lion emblem installed at new Parliament building appeared to be "ferocious and aggressive with their mouth open and canine visible" in violation to the design of the national emblem approved under the State Emblem of India (Prohibition of Improper Use) Act, 2005.

"The impression depends on the mind of the person," a bench of Justices M R Shah and Krishna Murari said, dismissing a PIL filed by two lawyers Aldanish Rein and Ramesh Kumar Mishra.

The petitioner contended that there cannot be artistic innovation over and above the approved design of national emblem.

He also claimed that the logo of "Satyameva Jayate" is not there in the statue.

"The state emblem of India installed on central vista project, New Delhi cannot be said to be in violation of the Act 2005 at the least. Writ petition is dismissed," the bench added in its order.

The plea asked the court to issue a direction to the central government to correct the state emblem of India, recently installed at the top of the Centra Vista project at New Delhi.

It claimed the newly installed state emblem of India has a "visible difference in the design of lions which depicts a changed composure of the lions than that of the symbol preserved in the Sarnath museum".

It pointed out that the Sarnath lion capital of Asoka was adopted as the state emblem of India due to its philosophical and spiritual meaning.

The state emblem is not just a graphic design but also has entrenched cultural and philosophical significance which ought not have been altered unmindfully and illegally, it claimed.