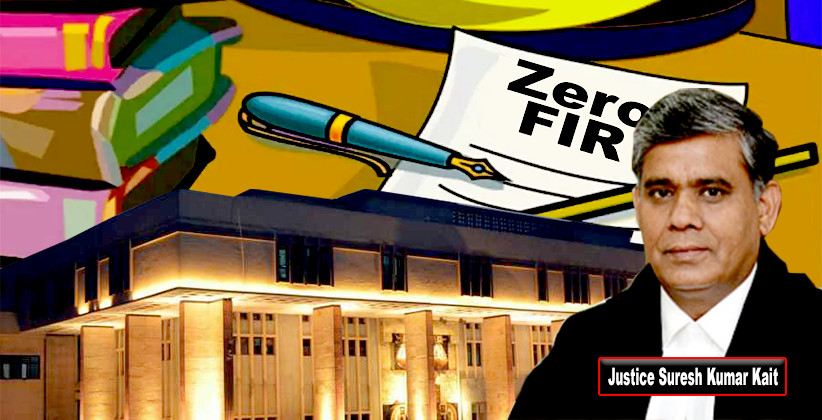 The Delhi High Court in the case of Kirti Vashisht v. State & Ors. on November 29, 2017 has directed the Commissioner of Police, Delhi to issue a circular in the official gazette directing all police stations to register a Zero FIR when a cognizable offence is reported even if it does not fall within its jurisdiction. Thereafter, that Zero FIR would be transferred to the police station which has jurisdiction to investigate the matter.

A Single Judge Bench comprising of Justice Suresh Kumar Kait was hearing a petition filed by one Kirti Vashisht claiming harassment by one Babita Singh who had filed four similar complaints of forgery against her in four different police stations over a span of four years.

The court observed that the Additional Public Prosecutor had correctly stated that a cognizable offence was made out in the complaint filed in the first instance and enquiry should not have been closed instead an FIR ought to have been registered at the first instance itself.

In this regard, the court held that, “It is not in dispute that the provision of “Zero FIR” came up as a recommendation in the Justice Verma Committee Report, in the new Criminal Law (Amendment) Act, 2013 after the heinous ‘Nirbhaya Case’ of December 2012. The provision says: “A Zero FIR can be filed in any police station by the victim, irrespective of their residence or the place of occurrence of crime.”

I further direct the Commissioner of Police, Delhi to issue circular/standing order that in case, a complaint is to be closed for any reason, the same shall be closed with reasoned order and the same shall be communicated to the complainant in writing without any delay.”