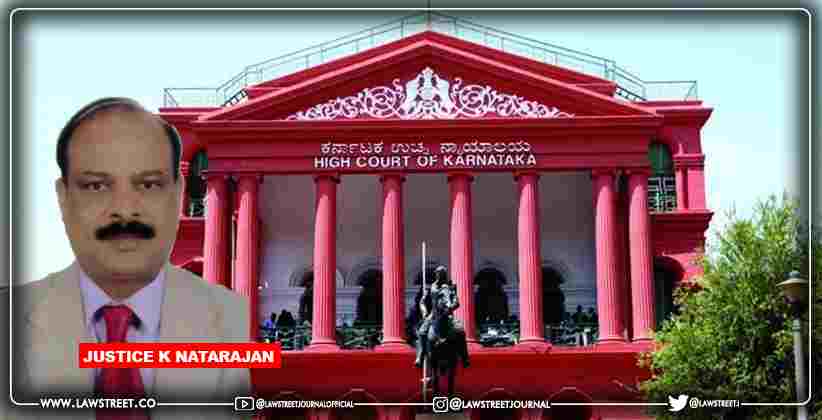 The Karnataka High Court has said that filing of a common charge-sheet for complaints filed by the individual investors against the same accused in different police stations is against the law and filing amalgamated charge-sheet is impermissible under the Criminal Procedure Code (CrPC).

A Single Bench of Karnataka High Court comprising Justice K Natarajan held that State CID police have no power to file a common charge for several complaints but the investigation officer has to file a separate charge sheet for each crime enrolled by police on individual complain thereafter the special court shall take cognizance of the offenses both punishable under IPC (Indian Penal Code) and therefore the Special Act by following the CrPC and dispose of the matter as per the law.

Green buds Agro Farms Ltd. (accused no. 1) alongside its Managing Directors and Directors (accused Nos. 2 to 5) were alleged to have cheated the public of up to Rs. 12,95,13,433/- via investments from it.

The individual's investors registered a complaint in several Police Stations in Mysuru District. The State Government also appointed a jurisdictional Assistant Commissioner as Competent Authority for taking proper action against the accused under section 5 of the Karnataka Protection of Interest of Depositors in Financial Establishments Act, 2004 (Act). Therefore, an examination was conducted and a common charge sheet was filed by the Police Inspector Financial and Vigilance Unit, CID, before the trial court.

The Trial Court rejected the charge sheet by stating that the police officer is not an competent authority to file a report and taking any action and hence accused were released for the offense punishable under section 9 of the Financial Establishments Act, 2004 (Act).

However, freedom was given to investigating officers for filing a charge sheet before the jurisdictional Magistrate for the offenses punishable under IPC which is under challenge before this court.

The State by CID filed this appeal under section 482 of the Code of Criminal Procedure Code, 1973 being oppressed by the request dated 8-8-2016 passed by the Principal District and Sessions Judge Mysuru (Trial Court) for having dismissed the charge-sheet recorded by the Police Inspector Financial and Vigilance Unit, CID, Bengaluru.

Earlier, this Court rejected the petition on 12- 6-2020 and later, restored the same on 1-10-2020. At that time, the learned counsel for the respondents appeared and did not object to recall the order. Accordingly, I.A. No.1 of 2020 was allowed and the petition was restored by recalling the order of dismissal.

Case of the state

The Court noticed that the accused Company and its Directors are made liable under the provisions of IPC and also under the 2004 Act. Thus, an Assistant Commissioner was appointed under section 9 of the Act for investigation and filing a report. It is because the Assistant Commissioner's report is needed to deal with the company’s investment and other property which are believed to have been acquired by deposits.

Assistant Commissioner also required for attachment of said investment under section 3 of the Act and to protect the interest of the investors as per law prescribed in the Special Act.

The Court further noticed the under section 9 of the Act, the prescribed punishment for offenses committed by the company is both imprisonment as well as fine. According to Section 18 of the Act, the Cr.P.C. is applicable and the Special Court shall follow the procedure mentioned in the Cr.P.C. for the trial of warrant cases by the Magistrate, which is nothing but a Judicial Magistrate, First Class or Metropolitan Magistrate.

It was also stated that “as per Section 4(2) of the Cr.P.C., all offenses under any other law shall be investigated, inquired into, tried and otherwise dealt with according to the same provisions, but subject to any enactment for the time being in force regulating the manner or place of investigating, inquiring into, trying or otherwise dealing with such offenses. Such being the case, bifurcating the offenses punishable under IPC and Special Law is not correct. Both the offenses are required to be tried together by the Special Court established under the Act”.

First of all, taking the note of trial court’s mistake court remarked that,

Once the Special Court is established, the question of discharging the accused for the reasons that the charge-sheet is filed by an incompetent Investigating Officer does not arise. The Trial Court misread the provisions of Special Act and has not considered Section 4 of the Cr.P.C.”

Further, the Court observed Delhi high court’ judgement in case STATE v. KHIMJI BHAI JADEJA where it was held that filing an amalgamated charge-sheet is impermissible.

The Investigating Officer committed a mistake in filing common charge-sheet for the various crime registered in different Police Stations which is impermissible."

“The offenses which are similar in nature committed by the same accused within twelve months can be tried together by framing a common charge as per Section 219 of the Cr.P.C., but the question of filing common charge-sheet in multiple crimes or complaints is impermissible.”

After observing that State CID police officer has no power to file a common charge in several complaints, the Court stated that,

“However, the Investigating Officer has to file separate charge sheet against each crime registered by the Police on an individual complaint. Thereafter, the Special Court shall take cognizance of the offenses both punishable under the IPC and the Special Act by following the Cr.P.C. and dispose of the matter by law. So far as the report of the Competent Authority, it has to be submitted to the State Government and later, the Trial Court on the report of the Competent Officer to attach or seize the properties and investments under Section 3 of the Act to protect the interests and refund the money to the investors as per Section 12 of the Act.”

Further permitting the petition, the Court stated that,

Trial Court committed error in rejecting the charge-sheet on the ground that the Investigating Officer is not the Competent Authority to file the charge-sheet and wrongly discharged the accused of the offense punishable under Section 9 of the Act and also committed error in directing the Investigating Officer to file the charge-sheet before the jurisdictional Magistrate in respect of the offenses punishable under the IPC. Therefore, the impugned order requires to be quashed.”