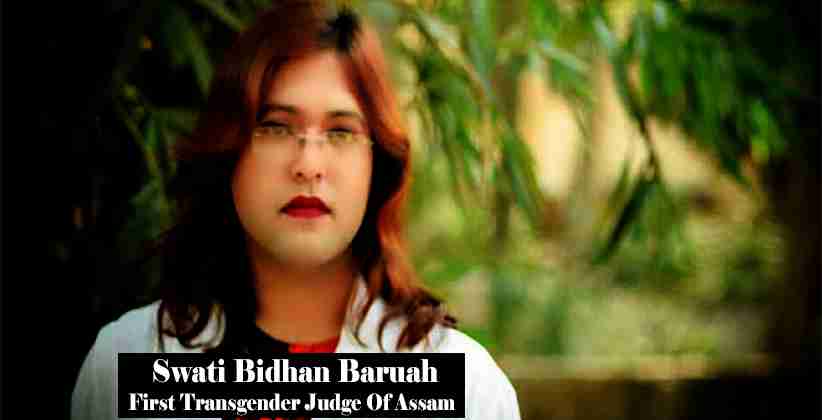 The first transgender judge "Swati Bidhan Baruah" who had challenged the constitutional validity of the Transgender Persons (Protection of Rights) Act 2019 in the Supreme court is awaiting the response from the Central Government to the Apex Court's notice. The court had issued notice to the Central Government on the January 27, 2020.Baruah contends that the Act is draconian and also attacks the rights of the trans people.

The matter has been listed for 16th March, 2020. The Central Government has to reply to the provisions of the Act by providing justifications to the parts Barurah had listed as draconian and humiliating. The petitioner also blamed the "lackadaisical and conservative outlook" of the Social Justice Ministry in not providing enough opportunities to make the Act helpful in the long run.

“This particular provision is a direct violation of 2014 National Legal Services Authority judgment by the Supreme Court. The judgement stated that the right to self-identification of gender is part of the right to life under Article 21 of the constitution,” Baruah said.

Chapter three of the Transgender Persons (Protection of Rights) Act, 2019, however, says:

"A transgender person may make an application to the district magistrate for issuing a certificate of identity as a transgender person, in such form and manner, and accompanied with such documents, as may be prescribed: Provided that in the case of a minor child, such application shall be made by a parent or guardian of such child. It further states that the district magistrate shall issue to the applicant under Section 5, a certificate of identity as a transgender person after following such procedure and in such form and manner with such time, as may be prescribed indicating the gender of such person as transgender.”

Baruah felt that little sense had been made, “Further, punishment when it comes to sexual assault on a transgender person will be only six months. When a woman is sexually assaulted, the punishment could be life imprisonment or even a death sentence when the case is rarest of rare. The entire act is discriminatory and humiliating for any transgender person living in the country,” said Baruah.

The Act has not achieved to provide any sort of help when it comes to reservation, employment and empowerment of this community. Another violation of the Supreme Court's NALSA Judgement (NALSA v. Union of India) - (National Legal Services Authority of India) that was given out on the 15th of April of 2014.

In this judgment the Apex Court had directed both the Union and the State Governments to take requisite steps to treat the community as socially and educationally backward classes of citizens for reservations in educational institutions and public employment. But Section 14 of the Transgender's Act doesn't lay out clear provision to support the community in providing welfare schemes.