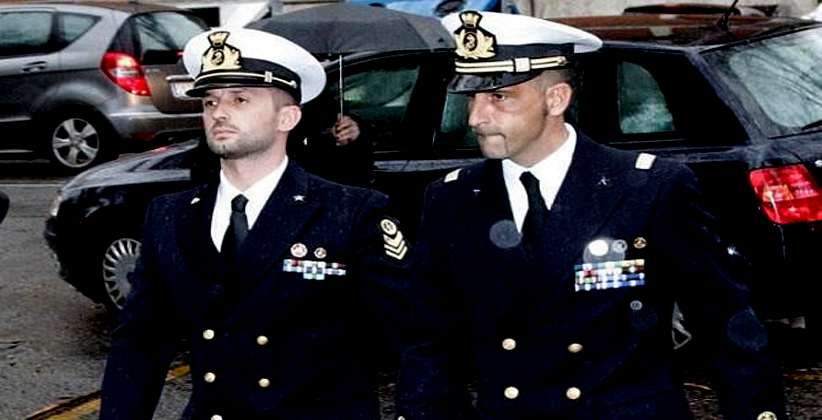 The Supreme Court on Friday (07th August 2020), refused to order anything on an application seeking closure of the case against two Italian marines, accused of killing two Indian fishermen off the Kerala coast in 2012. A bench headed by Chief Justice S.A. Bobde allowed the Centre to file fresh affidavit making the victims’ family members parties to its application seeking closure. Chief Justice held that "We will not pass any order without the victims' family being heard”.

While insisting on adequate compensation to the victims’ family members, the bench said, “Let Italy pay them compensation. Only then will we allow the withdrawal of prosecution…The victims' families will have the right to oppose it". Solicitor General Tushar Mehta informed the bench that Italy has assured the Indian government for proper prosecution against the Marines

The Centre contended that the arbitration instituted on a request from Italy under the UN Convention on the Law of Sea (UNCLOS), had delivered its decision on 21st May 2020. They stated that "It held that the actions of the Italian Marines breached India's freedom and right of navigation under UNCLOS Article 87(1)(a) and 90". The Court of Arbitration had ordered Italy to compensate India for the loss of life, material damage, and “moral harm” suffered. The Court asked both countries to negotiate to reach a final financial settlement.

On 3rd July 2020, the Centre had moved the Supreme Court seeking closure of judicial proceedings here against the two Italians marines, Salvatore Girone and Massimiliano Latorre for killing two Indian fishermen who were on a fishing vessel in India's Exclusive Economic Zone (EEZ) in February 2012. Italy had argued that the men were acting in their official capacities when they shot the fishermen assuming them to be pirates.

Earlier, both Italian marines were allowed to go to their native country until the jurisdictional issue about which country has the right to conduct trial is decided through international arbitration.

After the ruling by the court of arbitration in July, the Italian government has agreed to fulfill the order by the court.