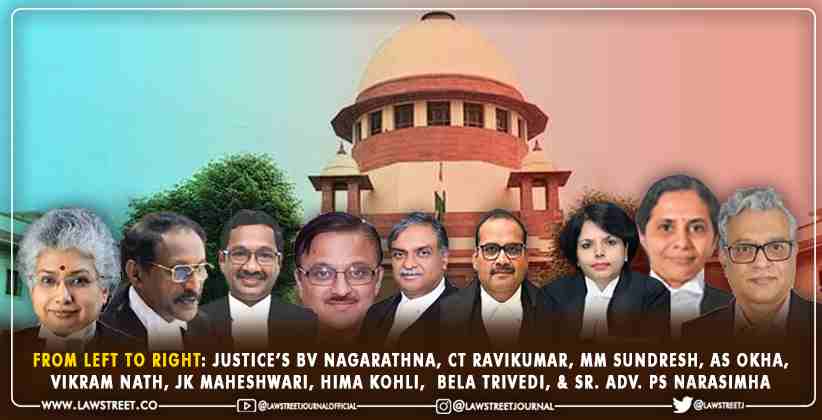 On Tuesday (August 31, 2021), nine new judges, including three women, were administered the oath of office at the Supreme Court. The Chief Justice of India, N.V. Ramana, read out the oath of allegiance of the constitution to the new judges, thereby raising the strength of the Apex Court’s staff to 33.

The occasion is historical since it is the first time that as many as nine judges have been sworn into the Supreme Court in one go.  Similarly, it is also the first time that the Apex Court allowed a live telecast of the ceremony, which was held in an auditorium at the court’s new annex complex.

With the swearing-in ceremony, the current vacancies at the Supreme Court have been reduced to one out of the sanctioned strength of 34. Out of the nine judges to take the oath, we have Justice Vikram Nath, Justice Jitendra Kumar Maheshwari, Justice Hima Kohli, and Justice B V Nagarathna.

The names of the nine judges were recommended for elevation to the Supreme Court by the collegium on August 17, 2021, and approval on the same was received on August 26, 2021, at the hands of President Ram Nath Kovind.

It is also worthy to note that Justice Nagarathna, who is the daughter of former CJI – E S Venkataramiah, is also in line to become the first woman Chief Justice of India in September 2027. Over the years, the Supreme Court has seen few women judges being appointed to office, with only eight of them being elected in its 71-year history. However, with the recent turn of events, things could soon start to look up on this front at the Apex Court.