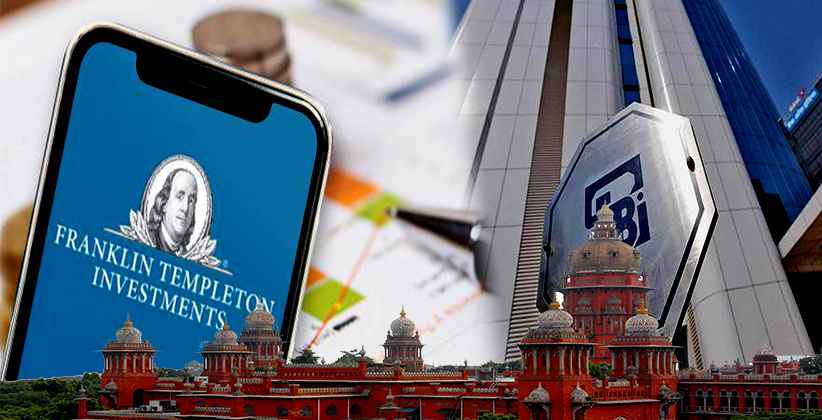 The crisis-hit Franklin Templeton Mutual Fund and SEBI have been issued a notice by the Madras High Court after a petition was filed by an investors group to safeguard nearly Rs 28,000 crore of investors’ money stuck in six schemes shut down by the fund house, as reported by the statement.

The said statement issued by the Investor group also revealed that it is separately launching an online petition to bring together all affected investors and the same would be forwarded to the Prime Minister’s Office as well as the US parent of the fund house and the US markets regulator SEC.

Adding to the statement, it was said that mutual funds and fund managers should be made to answer questions on their choice of investment, and compliance with regulatory and prudential norms, among others.

The Chennai Financial Markets Accountability (CFMA), an investors group on Thursday (May 28,2020) issued a statement and said that the Madras High Court on May 26, 2020 has issued notices to SEBI, Franklin Templeton Asset Management India Pvt Ltd, the trustees of the mutual fund, its President Sanjay Sapre, CIO for fixed income Santosh Kamath and other key management personnel after the PIL was issued.

The seriousness of the matter was taken into cognizance by the High Court since money of the common public amounting to Rs 28,000 crore is at risk of getting wiped off. It also asked SEBI to file their reply, along with the status report of the actions taken at the earliest.

In their admission, the Franklin group has stated that the recovery of money across the six schemes will be in the range of 5-81 percent over 5 years.

Noticing the fact that six schemes had 28,000 crore worth assets under management, the average loss to the unitholders taking 20 percent as average realization, would be around Rs 22,400 crore and that this is the size of the hole in the pocket of common man where the principal amount is whipped off.

The counsel for the CFMA, Nithyaesh Natraj stated that in present difficult times, the unitholders who otherwise have the right to liquidate their holdings are hand-tied and must wait for over 5 years and by then FTAMC would have left the India shores.

Currently, the unitholders are left in a lurch and therefore won’t be able to foot emergency medical bills, leave alone fulfilling their dreams for themselves and their family.

It was further added by Natraj that mutual fund schemes that are wound up are debt schemes and contrary to the equity schemes, debt schemes are considered to be more secure as the principal amount of the unitholder is almost assured like deposits in the banks.

However, it is seen that there is no commitment from the FTAMC or SEBI and that at least the principal amount of all unitholders is secure and shall be repaid.

In the opinion of Natraj, the winding up of six schemes by FTAMC is just the tip of the iceberg. The Franklin group which is considered as one of the best mutual funds in the country has committed a default in India by winding up the schemes.

Therefore, is if this could happen to the best mutual fund, then no one can imagine what would happen to the rest. Further, to ensure that fund managers do not run away and make every effort under the law to recover the monies of the unitholders, the investor's groups, as interim reliefs, sought disclosure of their assets along with their relatives, the injunction in the disposal of the assets, restraining them to resign until the entire amount is recovered restraining their travel abroad, amongst other things.

Noticing the complacency of the SEBI in handling the entire matter, it was further sought to form a Special Investigation Team (SIT) to oversee its actions.

SEBI Securities and Exchange Board of India (SEBI)Franklin Templeton