Right to Choose a Partner of Choice is a Fundamental Right: Allahabad HC 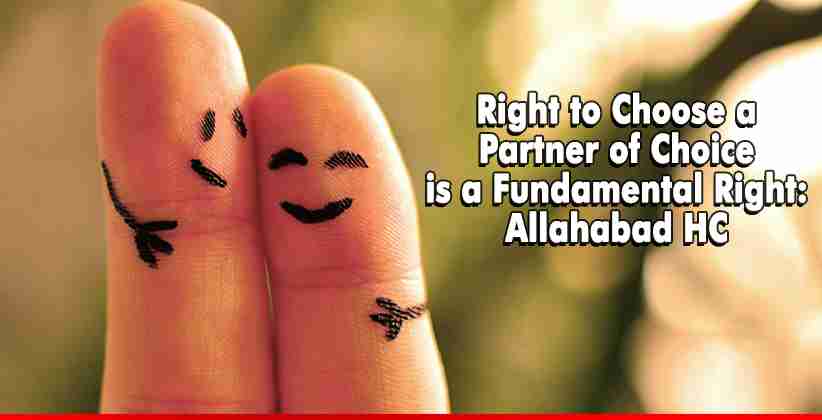 Judiciary Nov 25, 2020 Atharwa Gauraha ( Editor: Ekta Joshi ) 11 Shares
11 Shares
The Allahabad High Court held that the right to live with a person of his/her choice, regardless of the religion professed by them is intrinsic to the right to life and personal liberty, in an important ruling in the midst of the attempt of states to introduce laws for "love-jihad”.

Also Read - Right To Information Is Implicit In Right To Freedom Of Speech And Expression: Bombay HC [Read Judgment]

A bench of Justices Pankaj Naqvi and Vivek Agarwal remarked, "We fail to understand that if the law permits two persons even of the same sex to live together peacefully then neither any individual nor a family nor even the state can have an objection to the relationship of two major individuals who out of their own free will are living together".

The judgement was delivered on November 11, 2020 in a case where Salamat Ansari had married Priyanka Kharwar, who had then voluntarily converted her faith to Islam. Priyanka's father, however had filed a police case accusing Salamat of offences under the POCSO Act,2012. Firstly, the court observed that the question of the age of the woman was resolved and that at the time she left home, she was a major.It then went on to say that it does not see the two petitioners as Hindu or Muslim, but as two grown-up individuals" who have their own free will living together peacefully and happily for a year now. "The court also noted significantly that the recent judgments held that religious conversion was "bad in law" only for the purpose of marriage. In two of these rulings, the court acknowledged that the wishes of the women concerned should have been recognised by a constitutional court because they were both over 18 years of age.  Therefore the court quashed the FIR against Salamat and said that it was up to the woman to determine if she would like to meet her father. 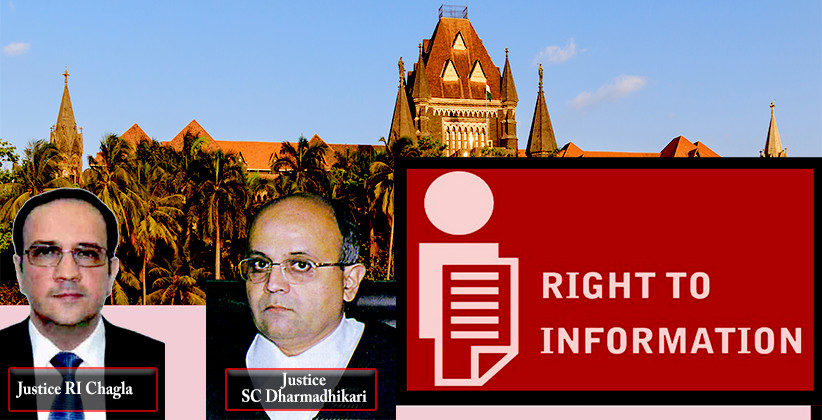 Judiciary Dec 10, 2019 Lawstreet News Network 35 Shares
35 Shares
The Bombay High Court on December 3, 2019 in the case of Public Concern for Governance Trust v. State of Maharashtra held that the Right to Information is inbuilt in the Right to Freedom of Speech and Expression under Article 19 (1) (a) of the Constitution of India.A Division Bench comprising of Justices SC Dharmadhikari and RI Chagla was hearing a Public Interest Litigation filed by Public Concern for Government Trust which sought a better implementation of the Right to Information Act,...
Read full post

Judiciary Aug 02, 2019 Lawstreet News Network 6 Shares
6 Shares
In a landmark verdict that gives a major relief to citizens suffering from bad roads in Bengaluru and other parts of the State, the Karnataka High Court on July 31, 2019, declared that the right to have reasonably good footpaths and roads is a fundamental right of citizens under Article 21 of the Constitution of India.The court declared that in case of any injury or loss of life, citizens can seek compensation from the Bruhat Bengaluru Mahanagara Palike (BBMP), as it is their statutory and...
Read full post