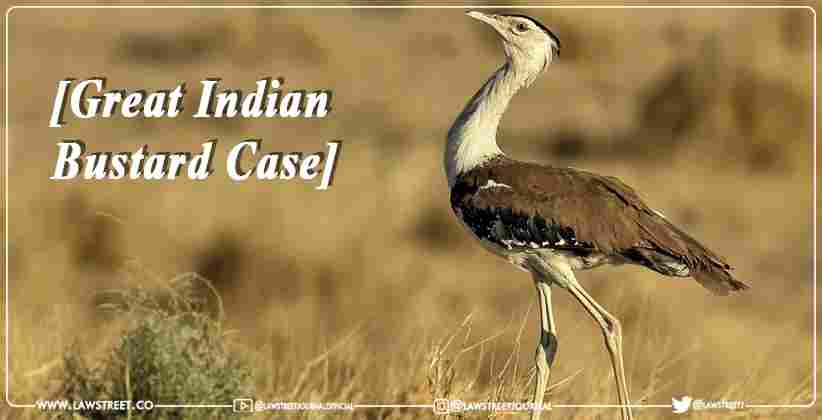 Counsel: The last 100 birds are surviving. It was placed before a bench of 2 judges. It couldn’t be heard as order was passed by Bench of 3 Judges. Please matter be listed before 3 Judge Bench.

Petitioner requested to list the matter before the three judge bench in view of the modification of orders passed by the then CJI SA Bobde.

Centre has approached the Supreme Court seeking modification of its order directing that all transmission cables in the habitat of the Great Indian Bustard (GIB) be laid underground.

Previously, the Court had directed that overhead power lines be laid underground, wherever feasible, passing along the habitat of the birds in Rajasthan and Gujarat.