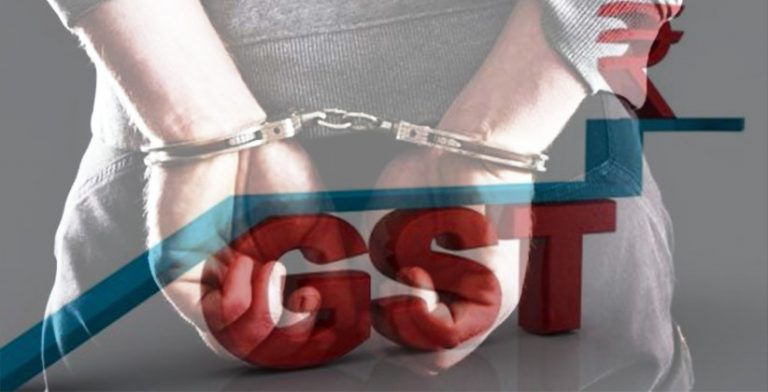 The Supreme Court on May 27, 2019, in the case of P.V. Ramana Reddy v. Union of India & Ors., has dismissed a plea challenging Telangana High Court judgment that held that a person can be arrested by the competent authority in cases of Goods and Service Tax (GST) evasion.

The Vacation Bench comprising of Chief Justice of India Ranjan Gogoi and Justice Aniruddha Bose dismissed the Special Leave Petition stating that “Having heard learned counsel for the petitioner and upon perusing the relevant material, we are not inclined to interfere.”

The Bench of the Telangana High Court comprising of Justice V. Ramasubramanian and Justice P. Keshava Rao had observed that sub Section (1) of Section 69 of the Act empowers the Commissioner to order the arrest of a person, when such a person is believed to have committed a cognizable and non-bailable offence.

"If reasons to believe are recorded in the files, we do not think it is necessary to record those reasons in the authorization for arrest under Section 69(1) of the CGST Act. Since Section 69(1) of the CGST Act, 2017 specifically uses the words ‘reasons to believe’, in contrast to the words ‘reasons to be recorded’ appearing in Section 41A(3) of Cr.P.C., we think that it is enough if the reasons are found in the file, though not disclosed in the order authorizing the arrest,” the Bench had said.

The state had submitted before the High Court that the petitioners before it were allegedly involved in incorporating several partnership firms and had claimed input tax credit on the basis of certain invoices, without there being any actual physical receipt of goods. It had alleged that the fraudulent input tax credit claimed by them was to the tune of Rs 224.05 crore.

The petitioners in the case had contended that there cannot be an arrest even before adjudication or assessment.

However, the High Court rejected the said contention saying that "To say that a prosecution can be launched only after the completion of the assessment, goes contrary to Section 132 of the CGST Act, 2017. The list of offences included in sub Section (1) of Section 132 of CGST Act, 2017 have no co relation to assessment. Issue of invoices or bills without supply of goods and the availing of ITC by using such invoices or bills, are made offences under clauses (b) and (c) of sub Section (1) of Section 132 of the CGST Act. The prosecutions for these offences do not depend upon the completion of assessment."

Moreover, the High Court Bench also rejected the petitioner’s argument that since all the offences under the Act are compoundable under sub Section (1) of Section 138 of the CGST Act, 2017, subject to the restrictions contained in the proviso thereto and that therefore, there is no necessity to arrest a person for the alleged commission of an offence which is compoundable. The court had also observed that the furthering of enquiry/ investigation is not the only object of arrest.