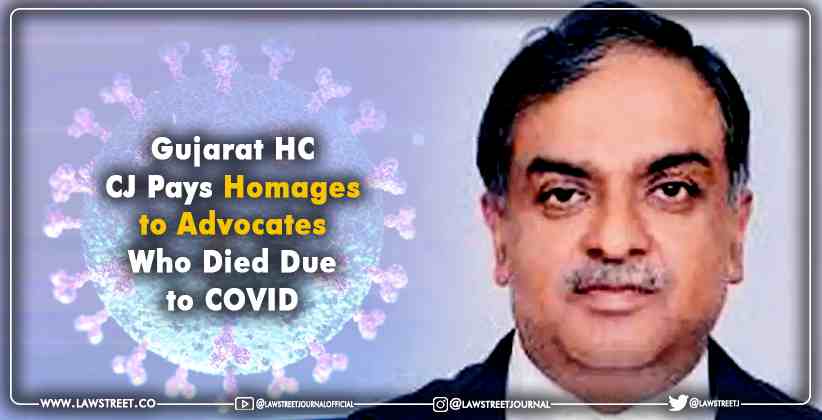 “During this period of more than one year of mankind facing the wrath of unknown Coronavirus, many members of GHAA have lost their lives. We will also stand to remember them. I on my behalf and on my behalf of my brother Judges, express my condolences to the bereaved families."

CJ Nath said that "Vijay Bhiaya, that is how we used to address him. I had known him 34 years as an elder brother, a friend, and a guide."

Justice Sahai acquired his degree in Law from the University of Allahabad in 1975. In January 1976, He enlisted as an advocate and began his training in the offices of his dad RM Sahai, who retired as Supreme Court Judge in 1995.

Justice Sahai worked as a Brief Holder for the State of UP from 1983 to 1989, as the Standing Counsel for UP Public Service Commission, Ghaziabad Development Authority, UP State Road Transport Corporation, and UP State electricity board. In February 1999, he started working as a Judge of Allahabad High Court.

He was transferred as a Judge of the Gujarat High Court in 2010 where he worked as the acting Chief Justice in 2014, till he demitted the workplace upon his retirement on 12th August 2015.

Senior Advocate Kanishk Hirala Kaji died on May 1, 2021, exactly 61 years since the day he joined the Gujarat High Court Bar.

CJ Nath said that,” In the few times that I met Mr. Kaji, he has had only encouraging words and amusing anecdotes to share.”

Senior Advocate Kaji acquired his degree in Law from Bombay University in 1945. In 1948 he began practicing at the Bombay High Court. On bifurcation of Bombay in 1960, he moved to Gujarat and began practicing in the Gujarat High Court and the Supreme Court.

He was the Founder President and President Emanates of the Income Tax Appellate Tribunal Bar Association and the All-Gujarat Federation of Tax Consultants. He additionally worked as a part-time professor of law at GLC, Mumbai from 1947 till 1960.

He was appointed as the Acting Advocate General for the State of Gujarat from 1966-67 and as the standing counsel for Income Tax between 1971-77. He was one of the few Advocates to be designated as a senior, not on application but by the full court.